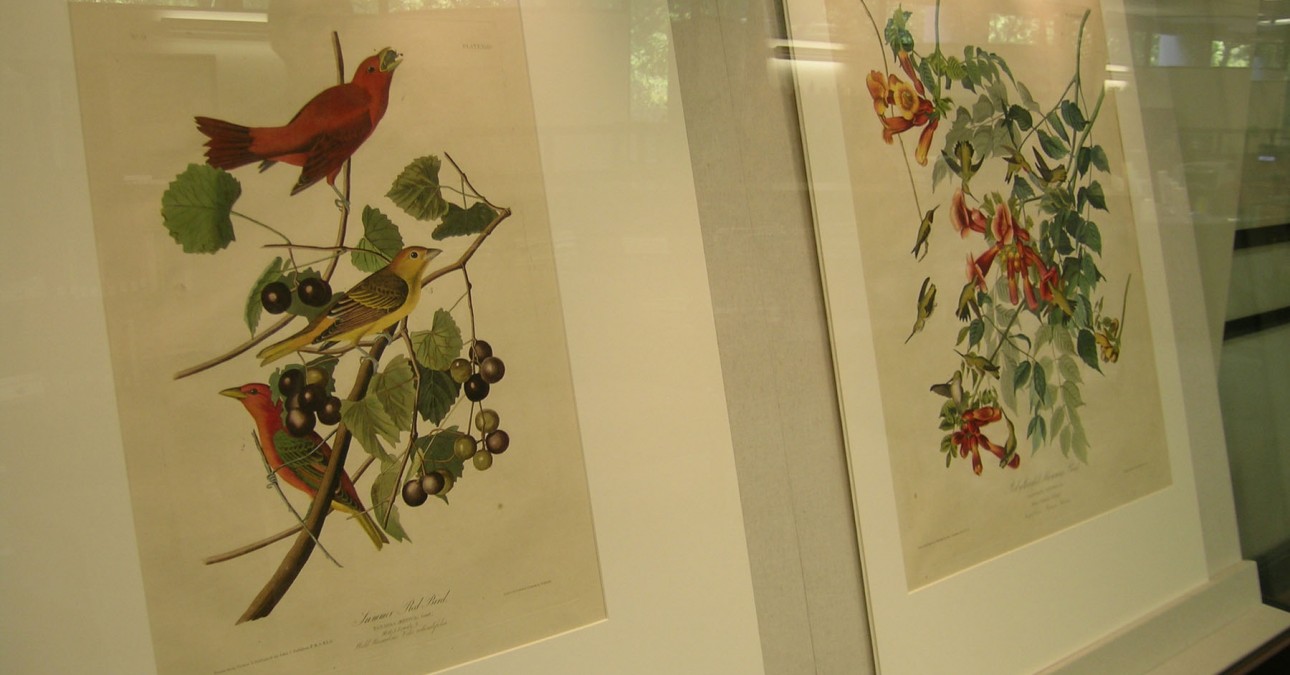 Establishing a Library for American Statesmen

The great collectors often desire to leave the world a physical legacy—whether it’s Albert Barnes establishing the Barnes Foundation, Henry Huntington bequeathing his collection to the Huntington Library, or J.P. Morgan amassing the collection that would form the core of the Morgan Library & Museum. Their collecting vision lives on through these great institutions.

David Ridgely was a great American collector of the early 19th century. But unlike the collectors mentioned above, he did not build a private collection—rather, he worked as an employee of the state, building a library for statesmen. Viewed through a collector’s eyes, his story is tragic—he built and lost a great collection. Fortunately, his legacy lives on in the Special Collections Room at Maryland State Law Library in Annapolis.

Over the past ten years, CCAHA has worked on two stellar projects for the Maryland State Law Library, neither one of which is typical of the material that you might expect to see in a State Law Library. In 2005 and 2006, CCAHA conservators treated The Birds of America, John James Audubon’s magnificent contribution to American natural history. And this year, in our conservation laboratory, the CCAHA book conservators are working on Thomas McKenney’s and James Hall’s The History of the Indian Tribes of North America, a vitally important record of biographies and lithograph portraits of great Native American leaders of the early 19th century.

David Ridgely served as the first Maryland State librarian for fifteen years, from 1827 to 1842. Created to support the work of the Maryland General Assembly, the Maryland State Library was originally established with a broad mandate to address “all branches of knowledge.” While law books were certainly of greatest importance to the Assembly representatives, Ridgely embraced the larger mission implied in the mandate.

Nearly 200 years following Ridgely’s development of Maryland’s first state library collection, his personality continues to inform the material that he assembled for ready access by Maryland’s statesmen. While he collected the necessary law volumes, he clearly wanted a library that reflected the full scope of the young country. At the time of the books’ publication, Ridgely sensed the long-term importance of The Birds of America, The History of the Indian Tribes of North America, and other books, maps, and documents that he recommended for purchase. Through his collecting for the library, he pursued an ambitious, expansive vision.

Asked to conjecture on David Ridgely’s personality, Steve Anderson, Director of the Maryland State Law Library, ventured that he must have been a huge advocate for libraries and learning, adding that Ridgely was described as “zealous” by legislators. For instance, Ridgely pursued special permission to subscribe to Audubon’s Birds of America project—a hefty investment equivalent to $23,000 in today’s currency—because he thought the volumes belonged in a library serving Maryland’s leading citizens. Similarly, the purchase of The History of the Indian Tribes of North America speaks to his convictions regarding the breadth of knowledge that Ridgely felt should be available to lawmakers. Ridgely brought other star pieces to the library as well. He spearheaded the acquisition of the 1838 Exploring Expedition, a scientific study of the Pacific Ocean and America’s western coastline; a collection of the Acts of Congress featuring 90 manuscript signatures by Thomas Jefferson; a 1579 work by the important English legal writer Ferdinando Pulton; and the 1607 Reports of Sir Edward Coke, printed in three languages: “law French,” Latin, and English.

In 1842, Ridgely lost his position as State Librarian, forcing his immediate departure from the collection that he had so thoughtfully assembled. Serving as a political appointee of the governor, he was at the mercy of state politics. When leadership changed from Whig to Democrat, Ridgely was unceremoniously replaced. Ridgely’s emotions are vividly apparent in a letter he wrote in 1844, begging for reappointment: “I trust that the period of my Exile, from my home is near at hand; and that I shall through your kind consideration, be again reinstated in my own dear Library—the creation of fifteen years of my Life’s devoted attention and from which I was so heartlessly ejected.”

Ridgely’s personal story ended unhappily. He wasn’t a private collector, but a professional working for the public. The collection he amassed was not his own, and he was forced to leave it in the hands of others.

But even though Ridgely lost control of the library, the State retained it and has taken good care of preserving it, especially in recent years. In 1978, the Maryland State Library was moved under judicial rather than executive control and renamed the Maryland State Law Library. A secure and climate-controlled Special Collections Room was formally opened in 2005, preserving the core of the collection that Ridgely built. CCAHA conserved the Audubon Birds of America ten years ago, and continues to work on treasures from the collection today. As Steve Anderson says, “I think the Special Collections Room and its contents demonstrate that libraries are a crucial part of maintaining our cultural memory.”

Ultimately, the vision of David Ridgely has been respected. The Maryland State Law Library is big enough to accommodate the legal information that must center a law library, while still reflecting the ideals, natural history, and first inhabitants of a young country—Ridgely’s vision of a suitable library to support and guide the leading politicians of his time.