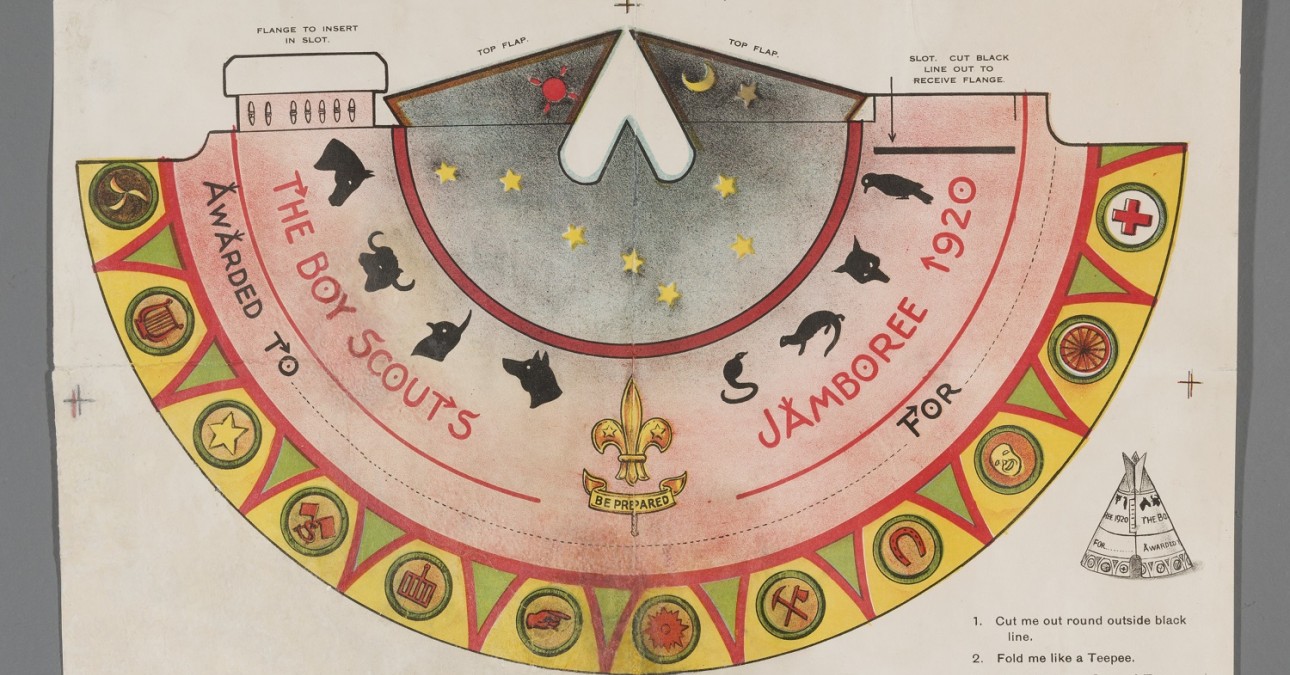 This week, the 24th World Scout Jamboree began at Summit Bechtel Reserve, West Virginia. The two-week educational event brings together thousands of members of the National Scout Organizations for a program full of activities, including an exhibit on the organization's history. For the past few months, NEA Paper Conservation Fellow Benjamin Kirschner treated a special artifact in preparation for this year's exhibit. This color lithograph of a cut-out Teepee award was produced for the first International Boy Scouts Jamboree in London in 1920. 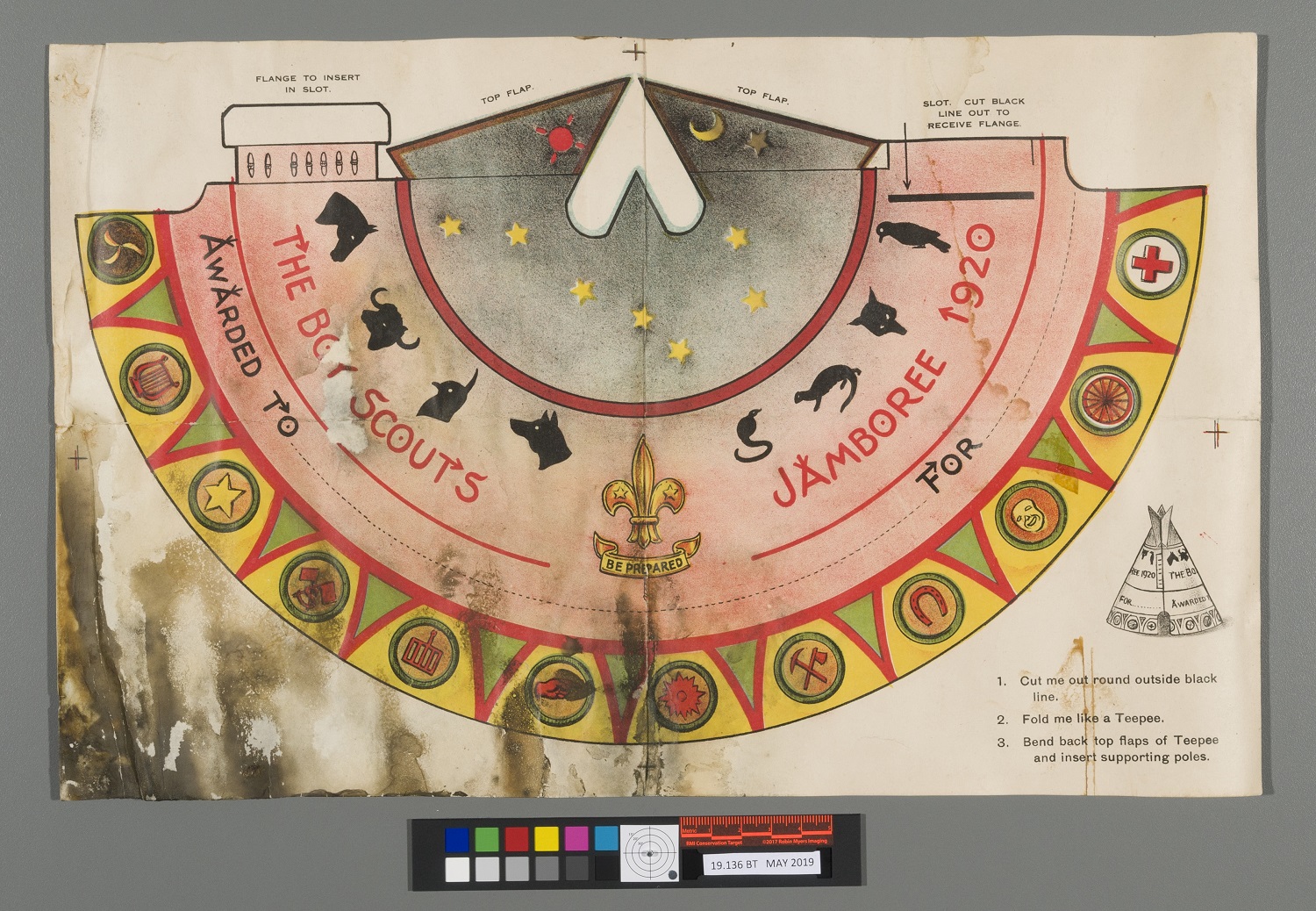 Earlier this year, the award arrived at CCAHA damp in a plastic pouch, discovered after being submerged in water for almost a year. The paper was discolored, there were tears and creases, and a large area had developed a dark green biofilm and black mold. The first step to treat this rare piece of Scout history was to air dry it in a ventilation chamber for 48 hours. Once the award was dried and the mold growth removed with a vacuum, Benjamin re-moistened the layer of biofilm accretion locally with a poultice and removed as much as possible. 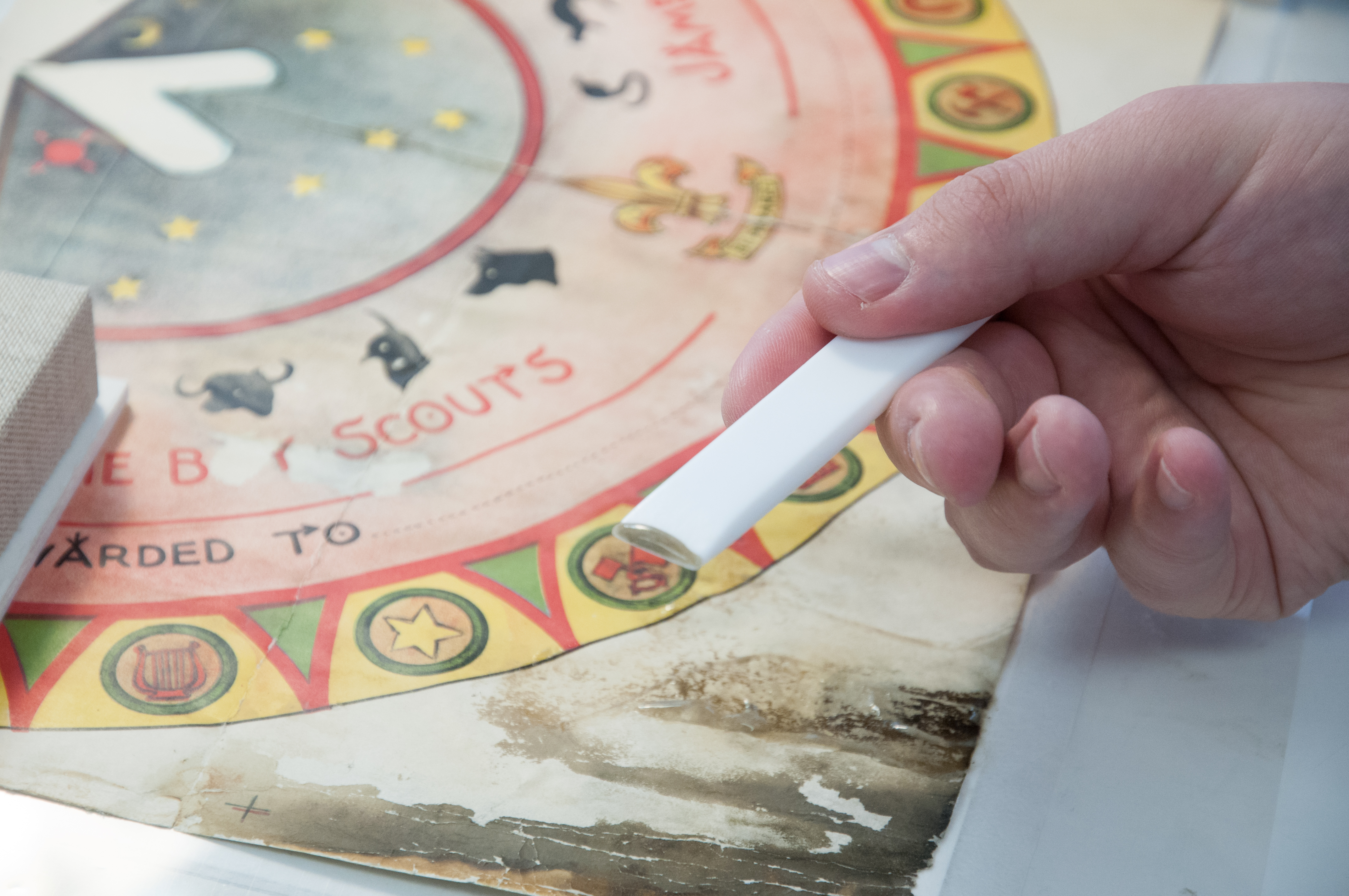 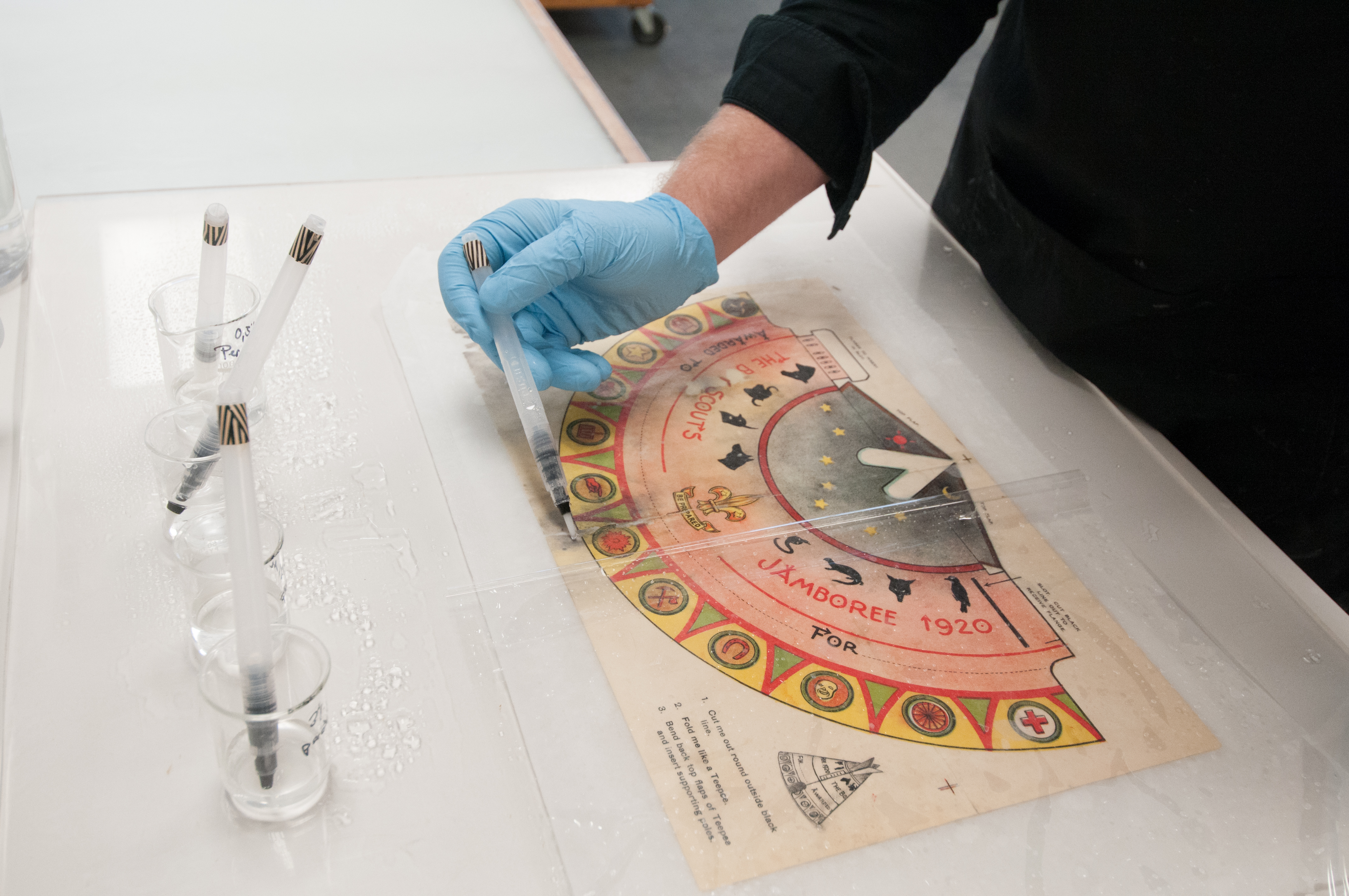 Tears were mended with mulberry paper and wheat starch paste, small fragments were reattached, and Benjamin filled and inpainted losses in several areas. 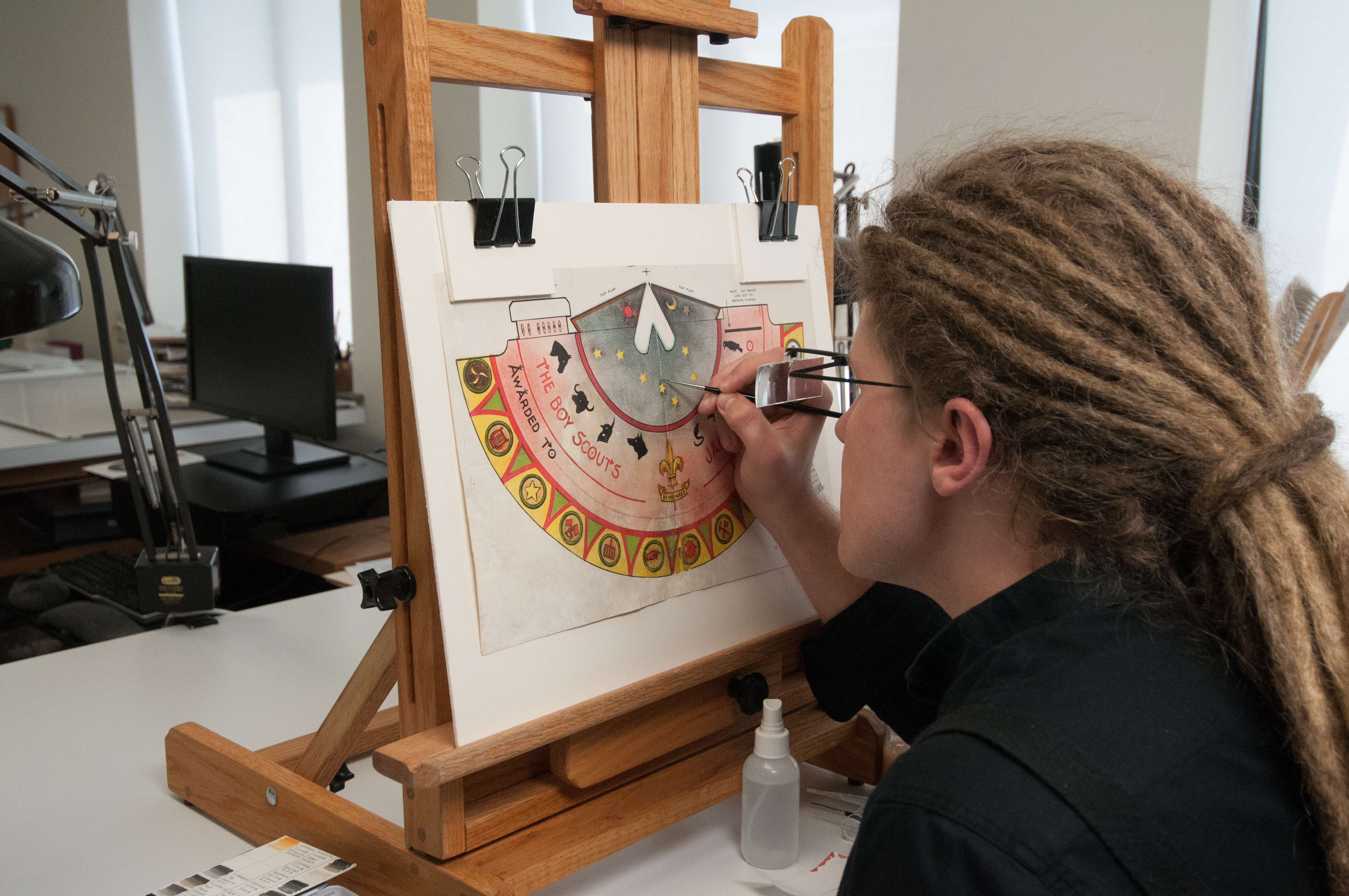 The results of Benjamin's work are on display at the World Scout Jamboree through Friday, August 2.

CCAHA Offices Closed Due to Coronavirus