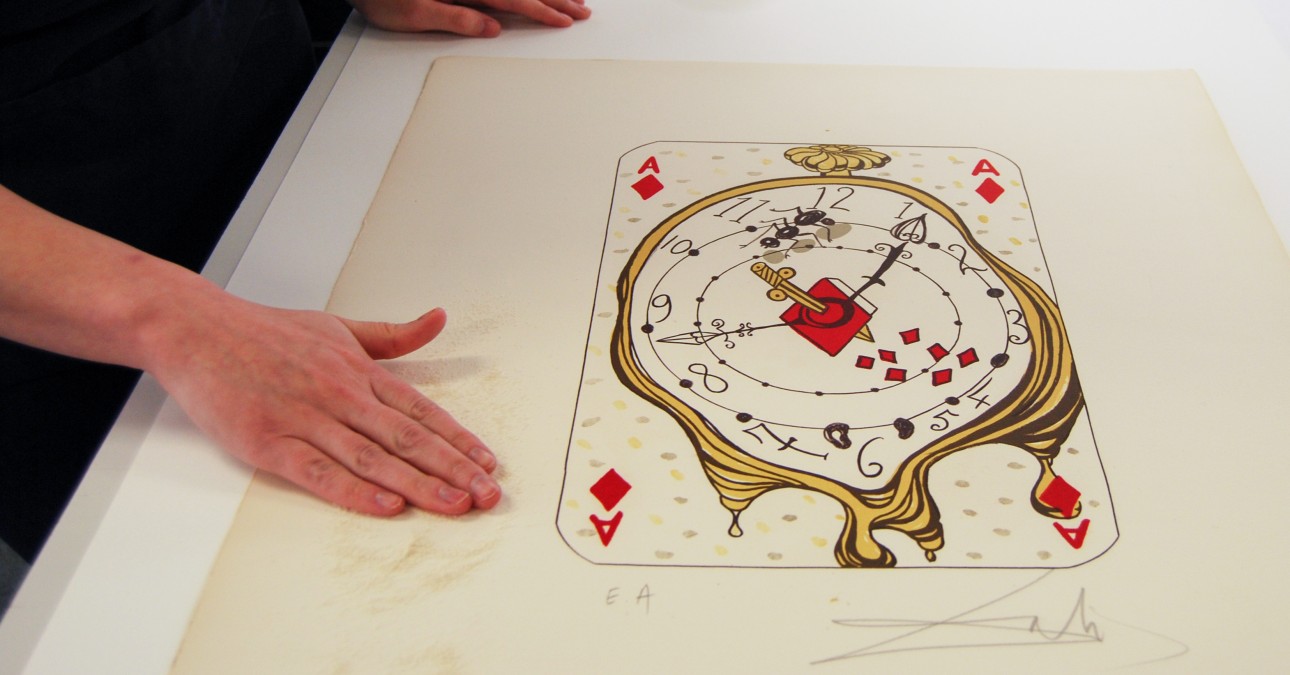 The name Salvador Dalí often conjures up images completely removed from reality—melting clocks, spindle-legged elephants, or disembodied limbs. But a recent treatment at the Center reminded us that the works of Dalí were far more nuanced than we often think, toying with reality in different and surprising ways.

Spanish-born Dalí started his artistic career as a painter in the 1920s. By the end of the decade, he had become a forerunner of the Surrealist movement, an artistic trend emanating from Paris and distinctive for its expression of the subconscious and dream worlds. Highly influenced by the theories of psychoanalyst Sigmund Freud, Dalí rose to a unique level of artistic celebrity, painting fantastical scenes based on dreams and pushing the boundaries of what was considered art. Most famous for his paintings, Dalí was also a prolific sculptor, set designer, and performance artist. He even wrote an autobiography in French, whose English title was The Secret Life of Salvador Dalí.

In the late 1960s, Dalí created a series of playing cards. Much of Dalí’s work is characterized by his distinctive use of light and shadow, creating luminous, satiny areas of light and velvet shadows. The playing cards are particularly exciting, therefore, for their two-dimensionality. The images on the cards exhibit Dalí’s signature surrealism with a geometric twist. Noses are lengthened and swirled, eyes pop, and some of the faces are drawn with numbers. Although there is very little common imagery between the figures of each suit, the cards feature the traditional reversality of playing cards—though not completely symmetrical, the cards are split and reflected along a diagonal axis.

The particular Dalí playing card lithographs that came to the Center, measuring 25 ¾” x 19 ¾,” were in very good condition and required only minimal treatment. Paper Conservator Gwenanne Edwards reduced the surface dirt around the images using grated white vinyl erasers. She then relaxed the creases using local applications of 1:1 solution of ethanol and deionized water. Lastly, she flattened the works under blotters and weights. 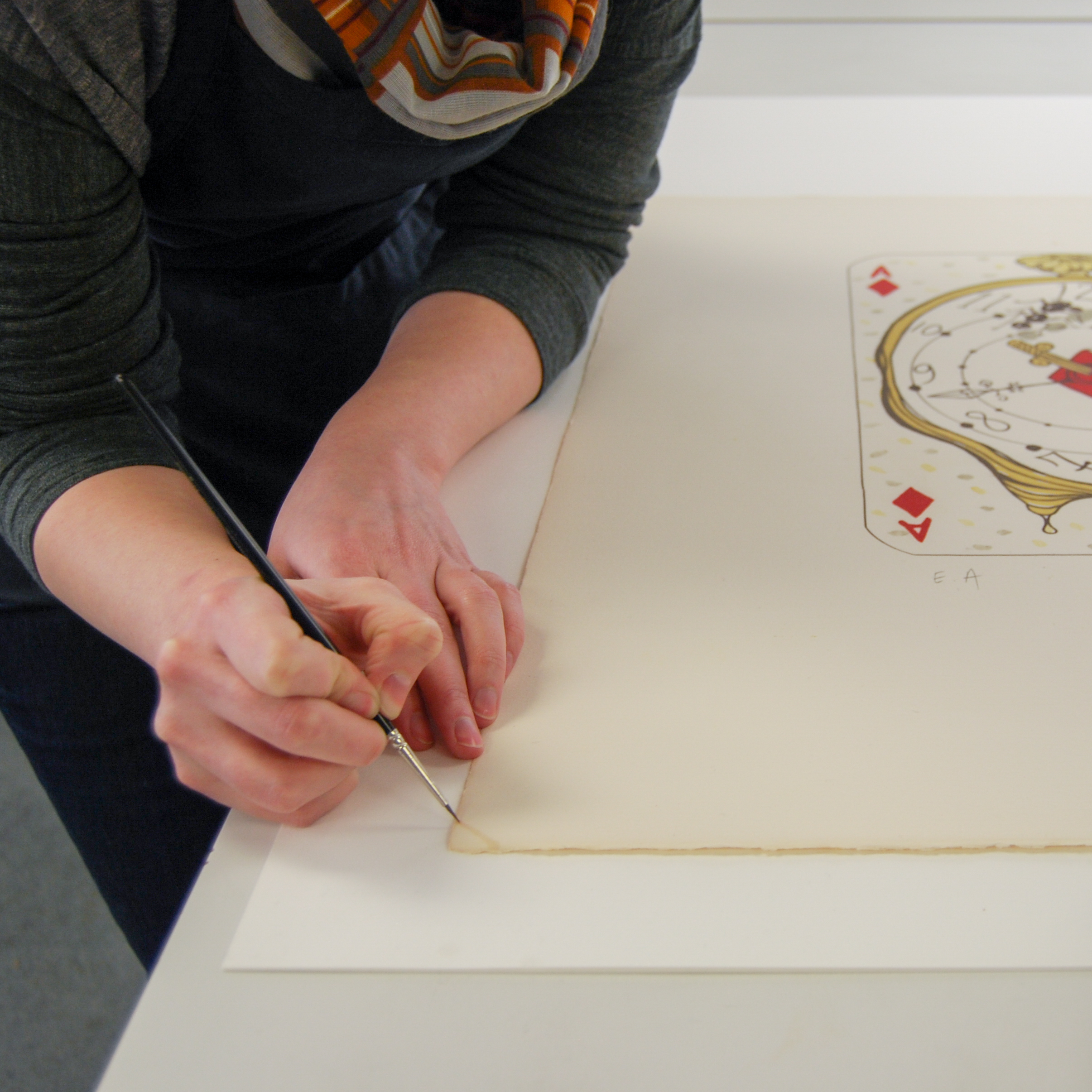