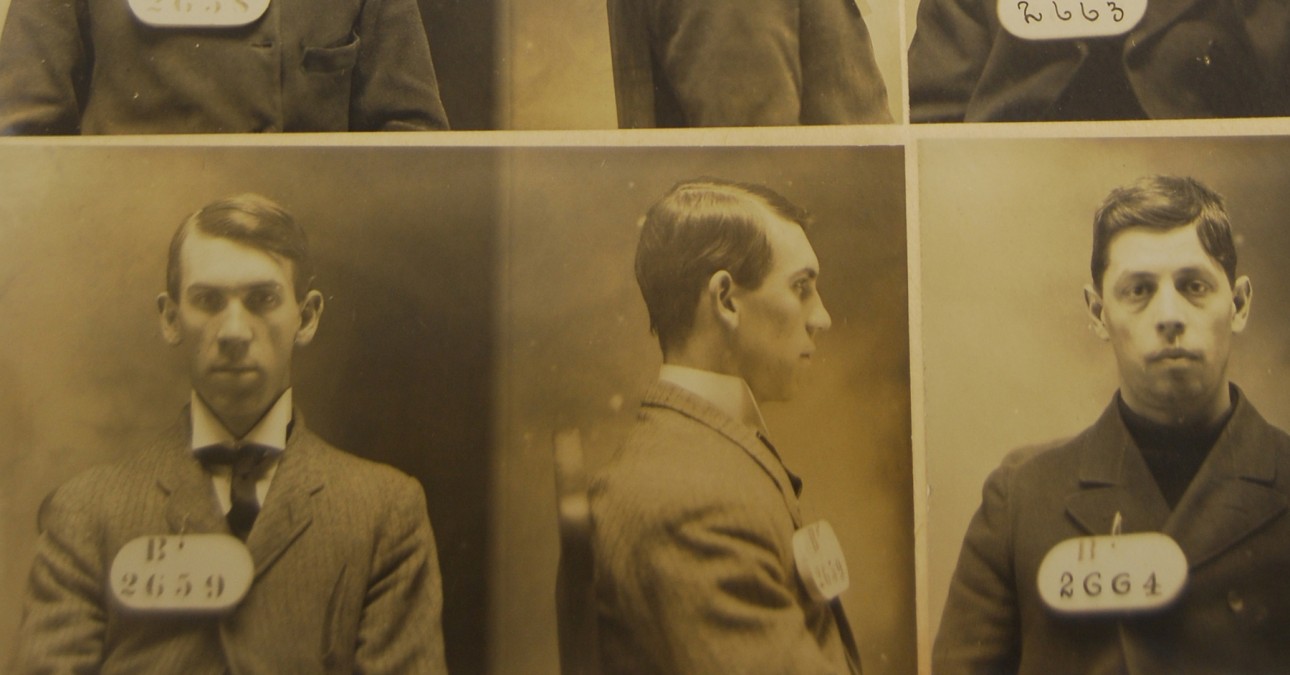 Eastern State Penitentiary opened in 1829 and immediately set itself apart from other prisons of the time: instead of punishing inmates through physical abuse, Eastern State instituted a Quaker-inspired system of isolation meant to push prisoners toward reflection and change. For decades, Eastern State served as a model for prisons throughout the world. But the system gradually disappeared from Eastern State until 1913, when separate confinement was officially abandoned. The penitentiary itself was abandoned in 1971.

When Eastern State reopened in 1994 as a historic site offering interpretive tours, staff discovered a variety of artifacts, including furniture, documents, and artwork, that had been abandoned in the ’70s. Former officers and inmates added to this collection, returning items that they had saved. Today, after stabilizing its physical structure to ensure visitor safety, Eastern State has begun focusing on collections care. The site is raising $60,000 to treat 10 objects identified as the highest conservation priorities. 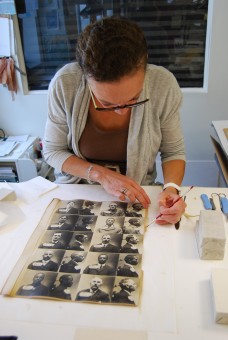 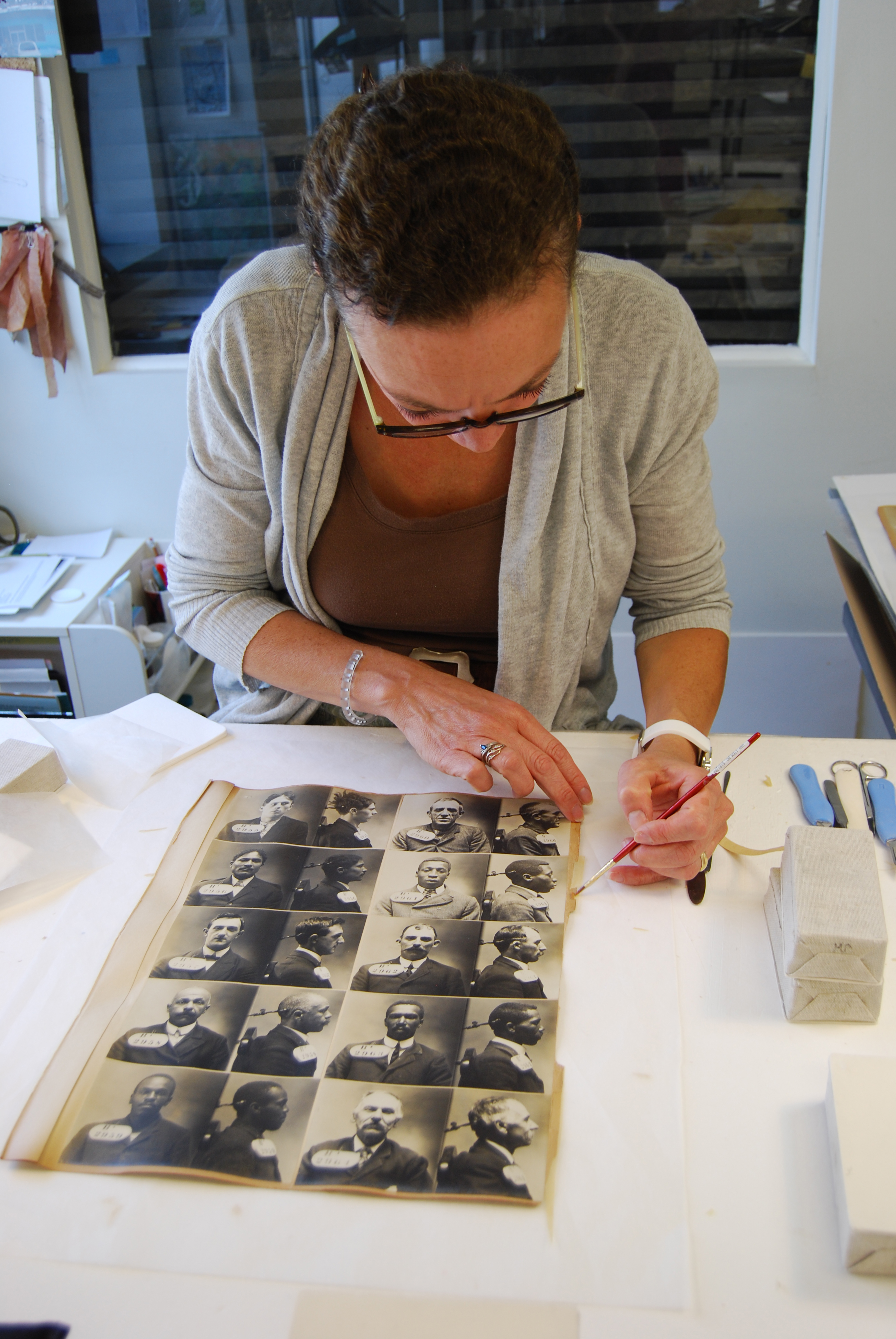 The second artifact to receive funding for treatment—a book containing about one thousand inmate mug shots from 1904 to 1906—came to the Conservation Center for Art & Historic Artifacts (CCAHA). The book’s binding had failed, and its loose pages, which were brittle and dark, had small tears and creases throughout. Exposure to high temperatures had caused some of the gelatin silver developing-out print photographs to deteriorate over the years. All were once black-and-white, but most had faded to a warmer, sepia tone. Photographs covered about 90 percent of each page; in some cases, they overlapped, causing the gelatin emulsion to flake.

First, CCAHA staff needed to stabilize the volume. Senior Conservation Assistant Jilliann Wilcox consolidated flaking areas using a dilute solution of photographic gelatin. She surface cleaned the leaves to reduce soil, and she mended major tears with toned mulberry paper. Next, CCAHA’s imaging studio digitally captured the pages and produced double-sided prints of them. These copies were bound to create a facsimile that Eastern State can offer to researchers. Finally, Book Conservator Theresa Cho re-sewed and re-bound the original and placed it in a protective clamshell box.