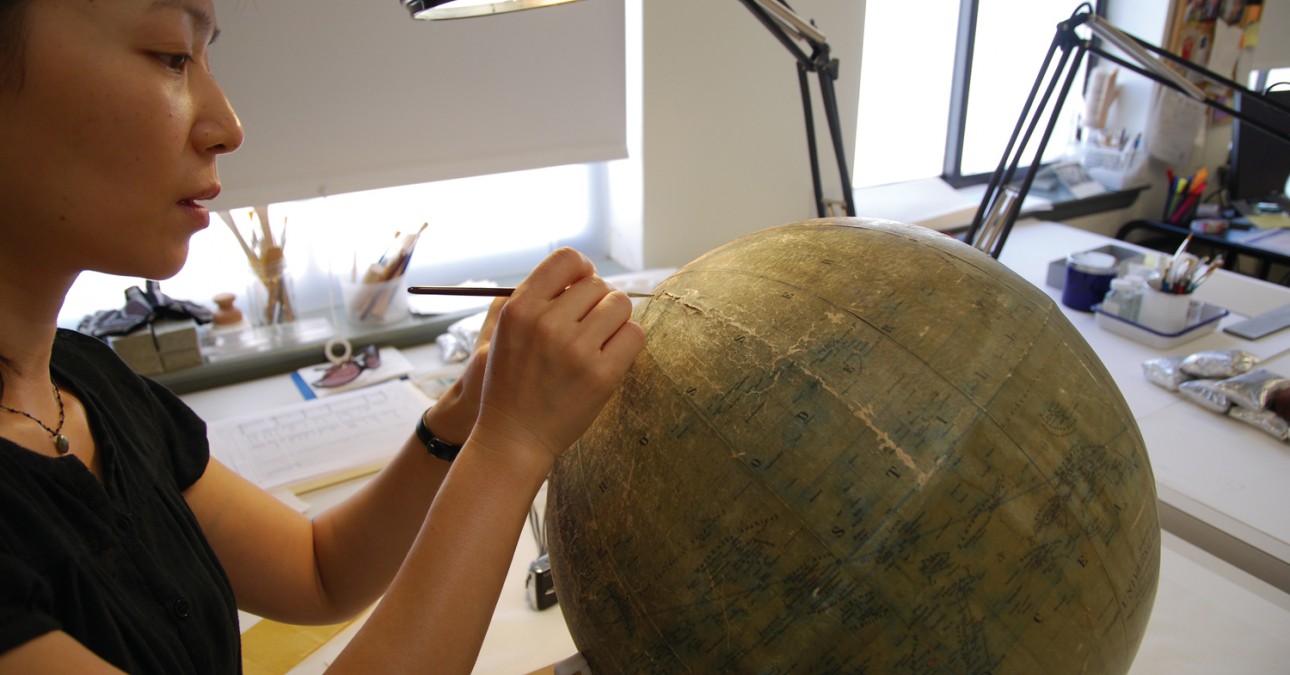 Albert Einstein (1879-1955) solved a key puzzle for physicists in 1915 with his celebrated theory of relativity, won the Nobel Prize in Physics in 1921, and, most significantly, fundamentally changed our understanding of space and time. Recognized world-wide as a great scientist, Einstein received luminaries from all spheres of the world stage—science, politics, entertainment, and more—at his home in Princeton, NJ, where he had moved after fleeing Germany and the rising Nazi government in 1933. During his years in Princeton, he also became an outspoken proponent of nuclear disarmament and world peace, while continuing his work as a faculty member at the Institute for Advanced Study.

Despite his celebrity status, Einstein managed (for the most part) to enjoy a quiet life in Princeton. He would usually walk the one mile from his house to his office at the Institute, and when he was not immersed in his studies, he liked to play the violin, go sailing, and take walks in the nearby countryside. 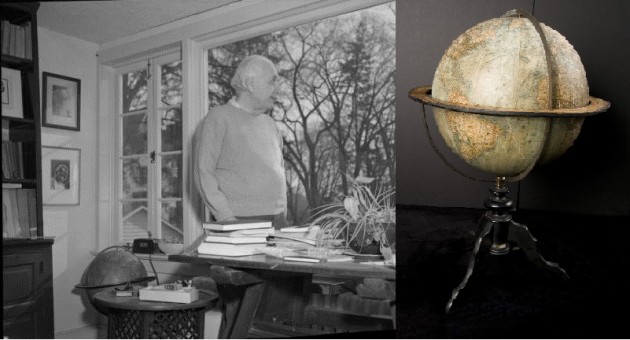 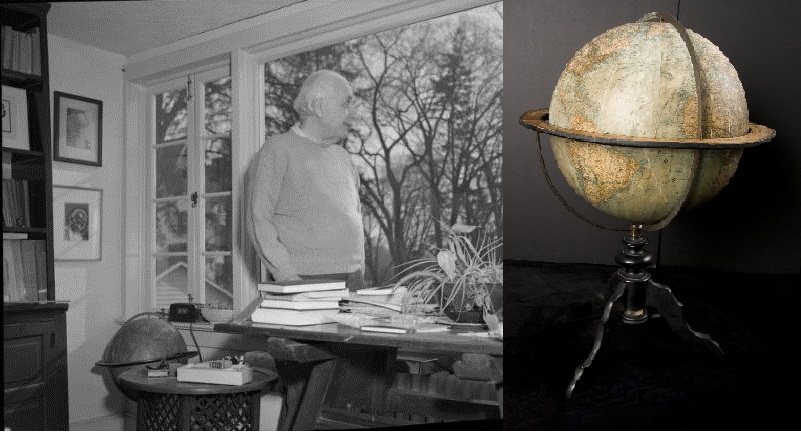 Einstein in his study and the globe after treatment

Einstein’s house, and most of its contents, was bequeathed to the Institute after his stepdaughter’s death in 1986. The terrestrial globe that he kept in his home study is housed in the Institute’s Shelby White and Leon Levy Archives Center, which brought it to CCAHA for conservation treatment this fall.

The globe is composed of a hollow sphere made of papier-mâché sections, then a plaster coating, on top of which twelve printed paper gores and two circular polar caps are pasted. Where the papier-mâché sections meet, mechanical stress had caused tears in the paper, exposing the plaster. CCAHA Paper Conservator Minah Song smoothed the surface by filling losses and mending tears. She then surface cleaned the brittle strip of paper that ran around the globe’s horizon ring and reattached any lifted fragments. 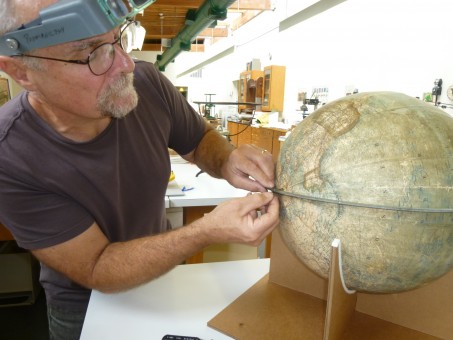 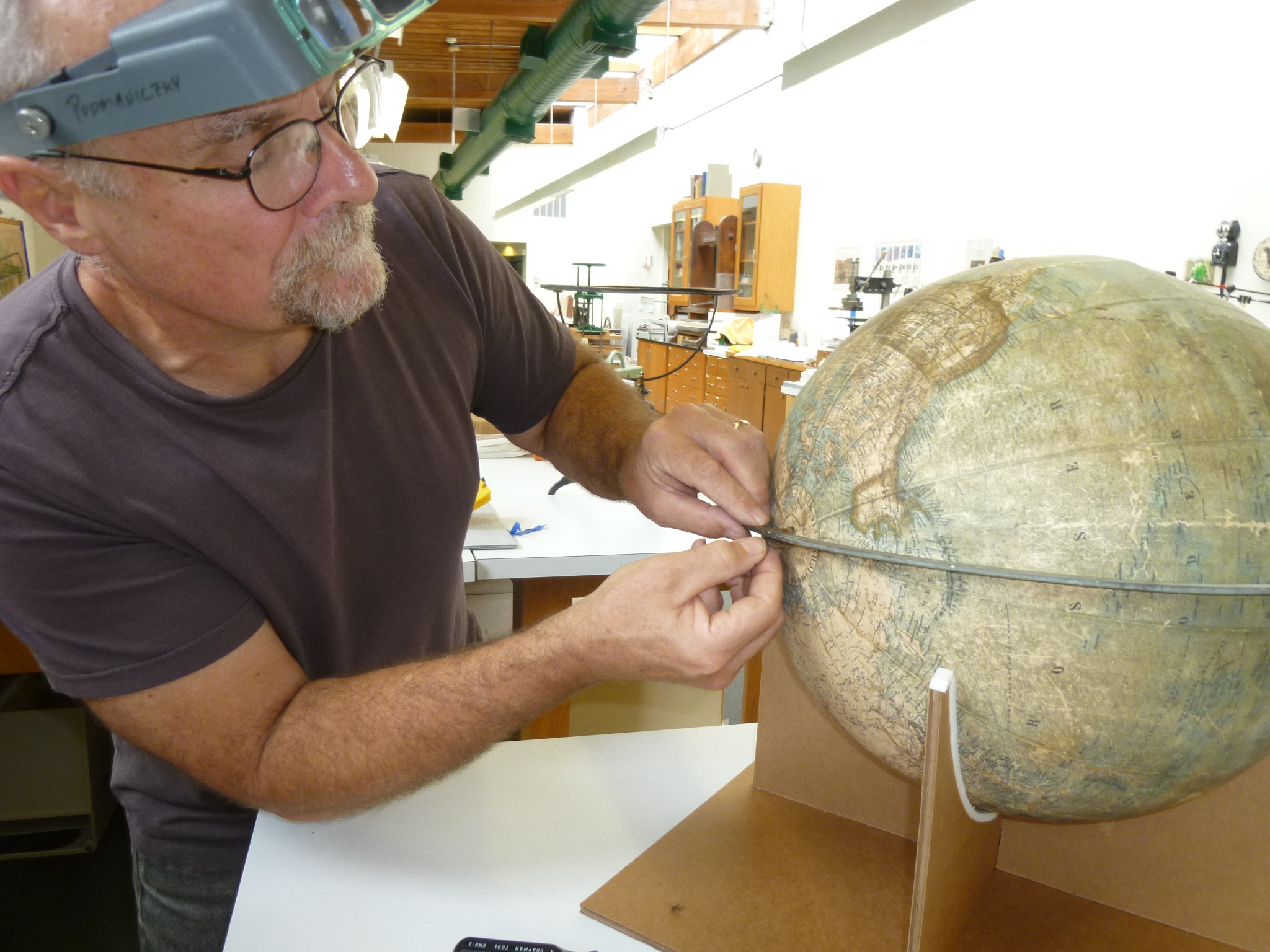 Before Song could place the globe back in its tripod stand, a key structural issue had to be addressed: the central pivotal rod was missing, so before treatment, the globe had sat directly on the meridian and horizon rings. Mike Podmaniczky, an outside consultant and objects conservator, created a new brass rod and, after also refitting several of the stand’s joints, helped Song replace the globe on its stand.