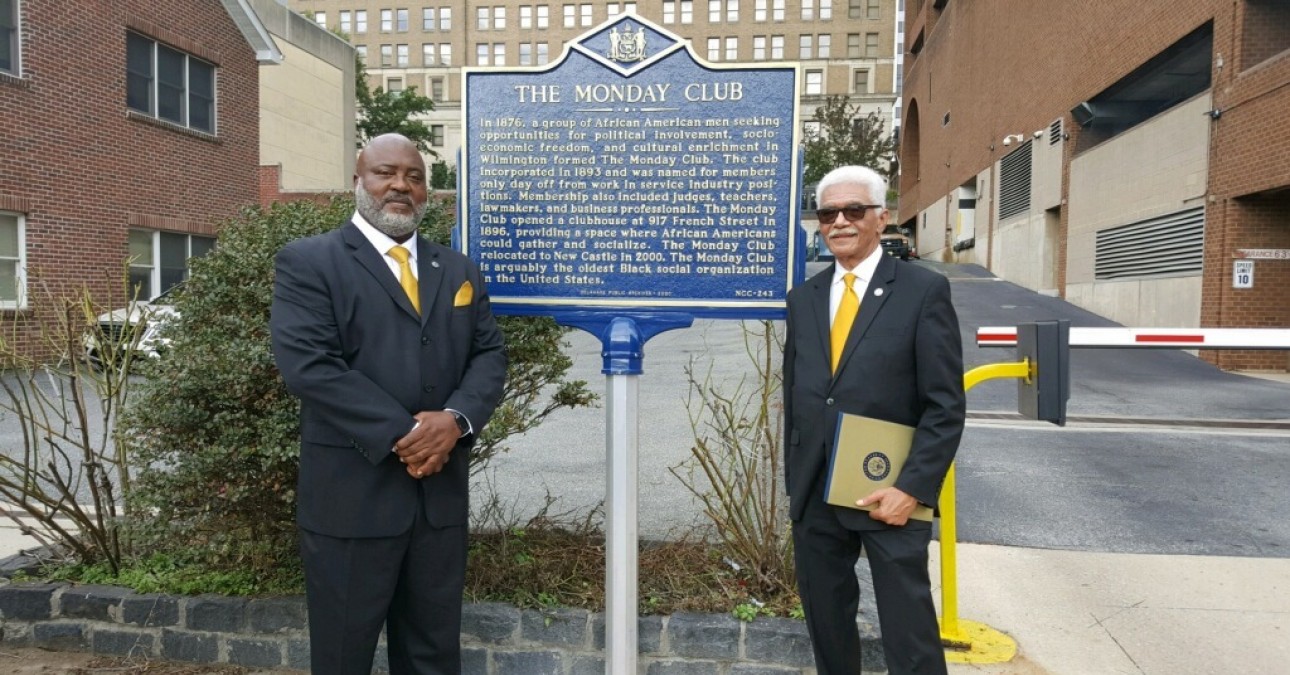 Treatment FOCUS: A Founding Document of the Historic Monday Club

In October 2020, CCAHA worked with the Monday Club of Wilmington, Delaware, to digitally image and rehouse an important founding charter for the organization. Established in 1876, the Monday Club is a private social club formed by a group of Black men who gathered at a local Wilmington Hotel on their day off, Monday. The group met with the intent to support one another and their community through active service and leadership, goals which have carried through the club’s history to today.

The Monday Club was first chartered in 1896 and received a permanent charter in 1913. An annual Easter Ball has been held every year since 1893 at which the Club’s “Man of the Year,” an individual who has made the greatest contribution to the Club and community, is announced. The Club is the oldest African American organization in Delaware and is considered to be the oldest in the United States. In 2020, a dedication marker was unveiled at the site of the original Monday Club building on French Street in Wilmington. 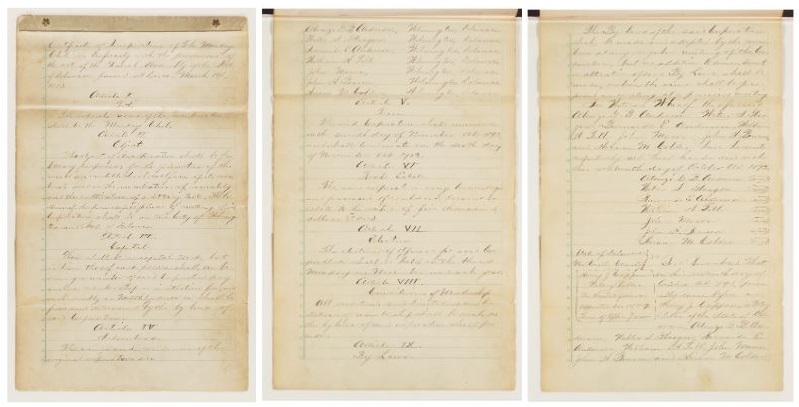 Wanting to preserve and protect their founding charter, members of the organization contacted CCAHA to begin the process of imaging the document. Before imaging can happen, all materials are reviewed by a conservator to ensure that any needed cleaning, mending, or other treatment is completed. CCAHA’s Senior Paper Conservator Heather Hendry reviewed the document, written on lined paper with black manuscript ink and bound at the top edge, and determined that it was in good condition and no conservation treatment was needed.

With that determination made, CCAHA’s Manager of Digital Imaging Maggie Downing set to work digitally capturing each page of content using a medium format camera. Once the capture was completed, high resolution files were sent to the Monday Club, and the document was rehoused in an acid-free, alkaline board folder and shipped back to Delaware. With a digital copy of their document in hand, Club members will have greater access to the founding charter without handling the fragile original document.