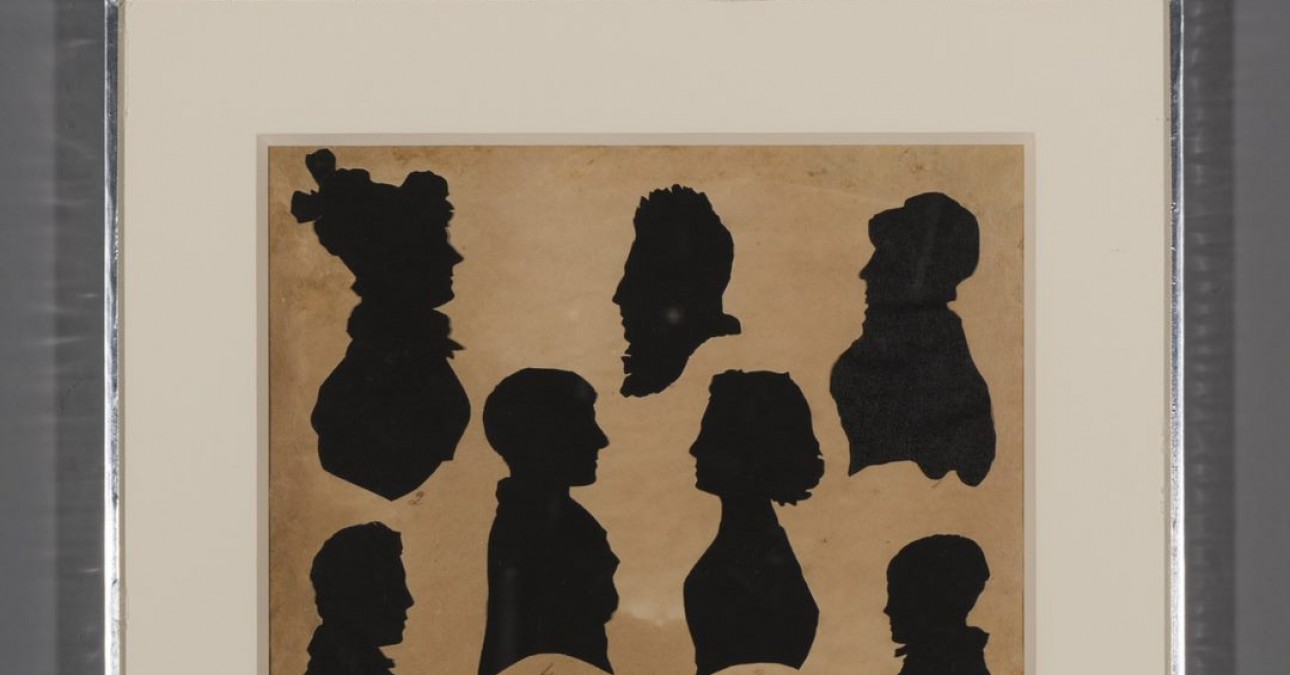 The roots of silhouette portraits are prehistoric. Ancient Greek vases have been discovered featuring black shapes of human figures in profile. The Roman naturalist Pliny the Elder wrote in his final work, Natural History (AD 77–79), about Dibutades, the daughter of a potter in Corinth, who in 600 BC traced the outline of her lover on a wall before he left on a long journey. In more modern times, silhouette portraits were a mainstream art form in Western Europe, and eventually the United States, in the 18th and 19th centuries. Even after the arrival of affordable photographic processes, silhouettes remained a novel way to capture a representation of a figure, often of a loved one or a pet.

Katharine Lehman lives in Central Pennsylvania, and she contacted CCAHA for help treating a fragile arrangement of silhouette portraits she inherited. Katharine’s great-grandmother was Kate Mason Knox, and her family has roots in the small community of Knoxlyn, west of Gettysburg. 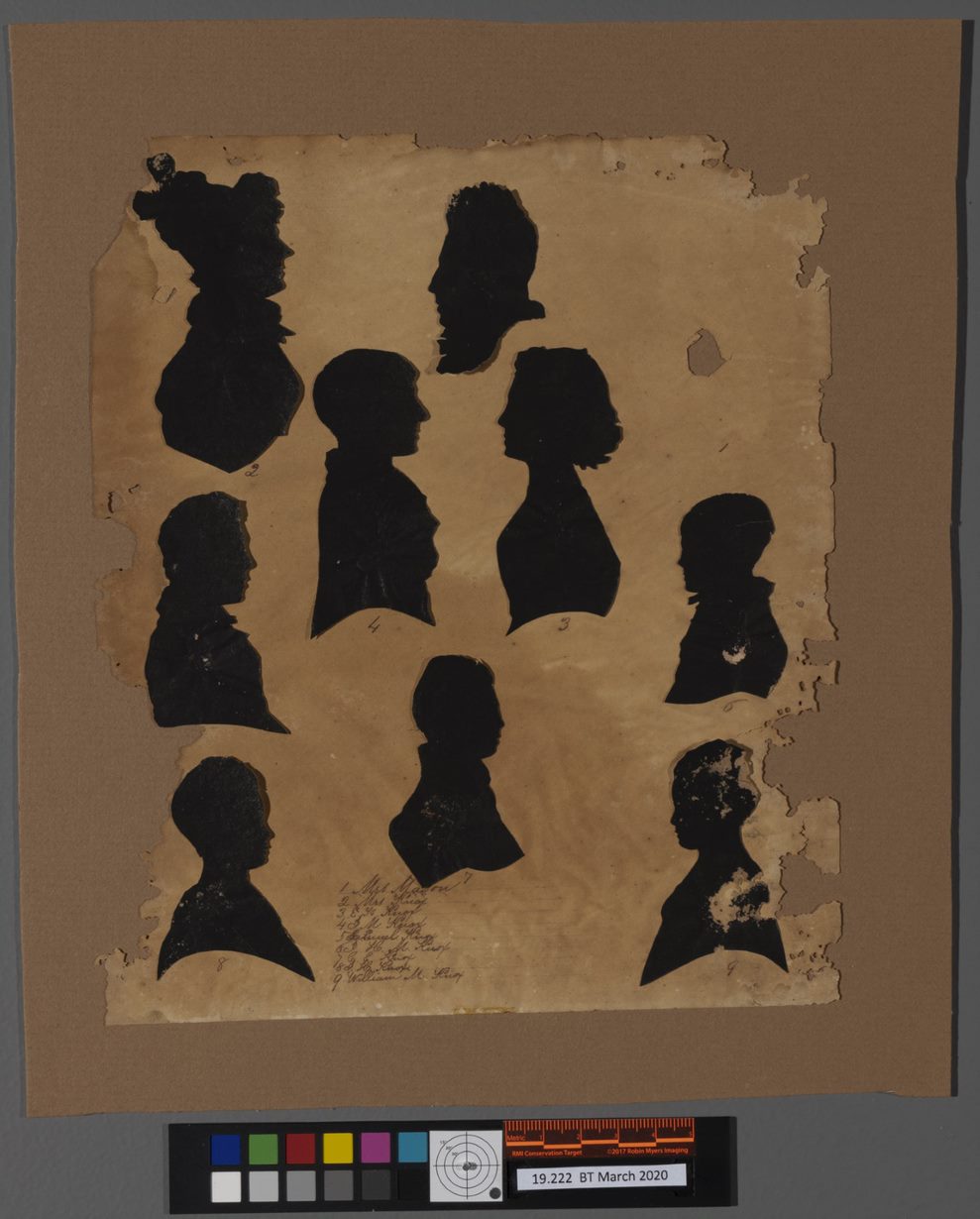 “They had a house with two front doors," Katharine explained by phone. "One was a formal parlor on the left-hand side—that was for very special company—and the other was for the family. This group of silhouettes always hung in the formal parlor.”

The Knox and Mason family silhouettes are striking, capturing the likenesses of a small group of family and friends who once gathered in that Central Pennsylvania parlor, their identities recorded on a numbered list. When the home was sold in 1968, the framed collection passed through several extended family members, ending up with Katharine’s mother and eventually Katharine herself. 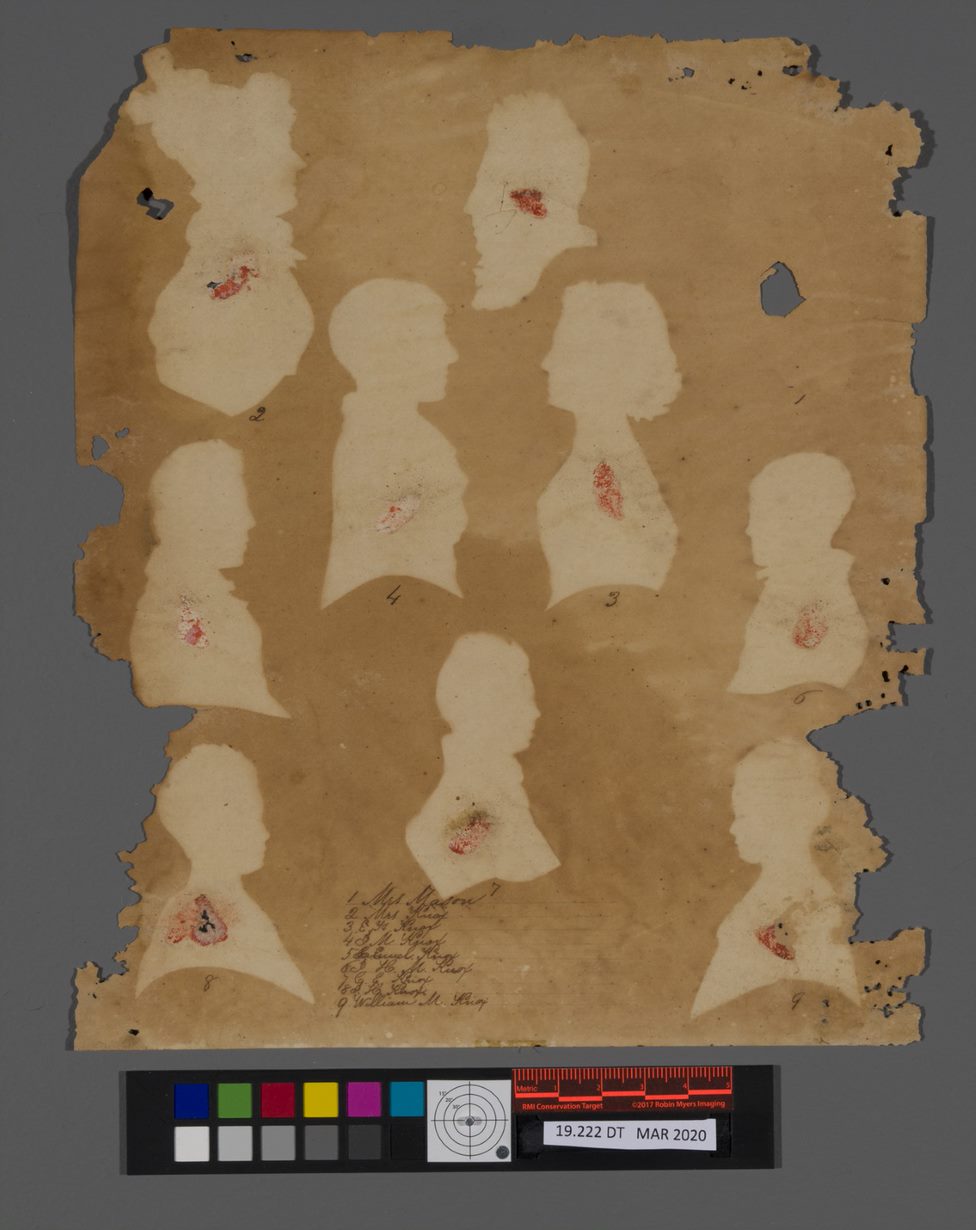 Once at CCAHA, the treatment goals included stabilizing the backing paper and reducing dirt and discoloration. NEA Paper Conservation Fellow Benjamin Kirschner, who was in the middle of a yearlong research project on pigmented pulp fills, used this technique to fill the backing paper's losses.

Perhaps most interestingly, though, Benjamin attempted to discern the outline of one missing silhouette in order to recreate it. The shape was discovered by capturing an image of the upper right corner under UV radiation. 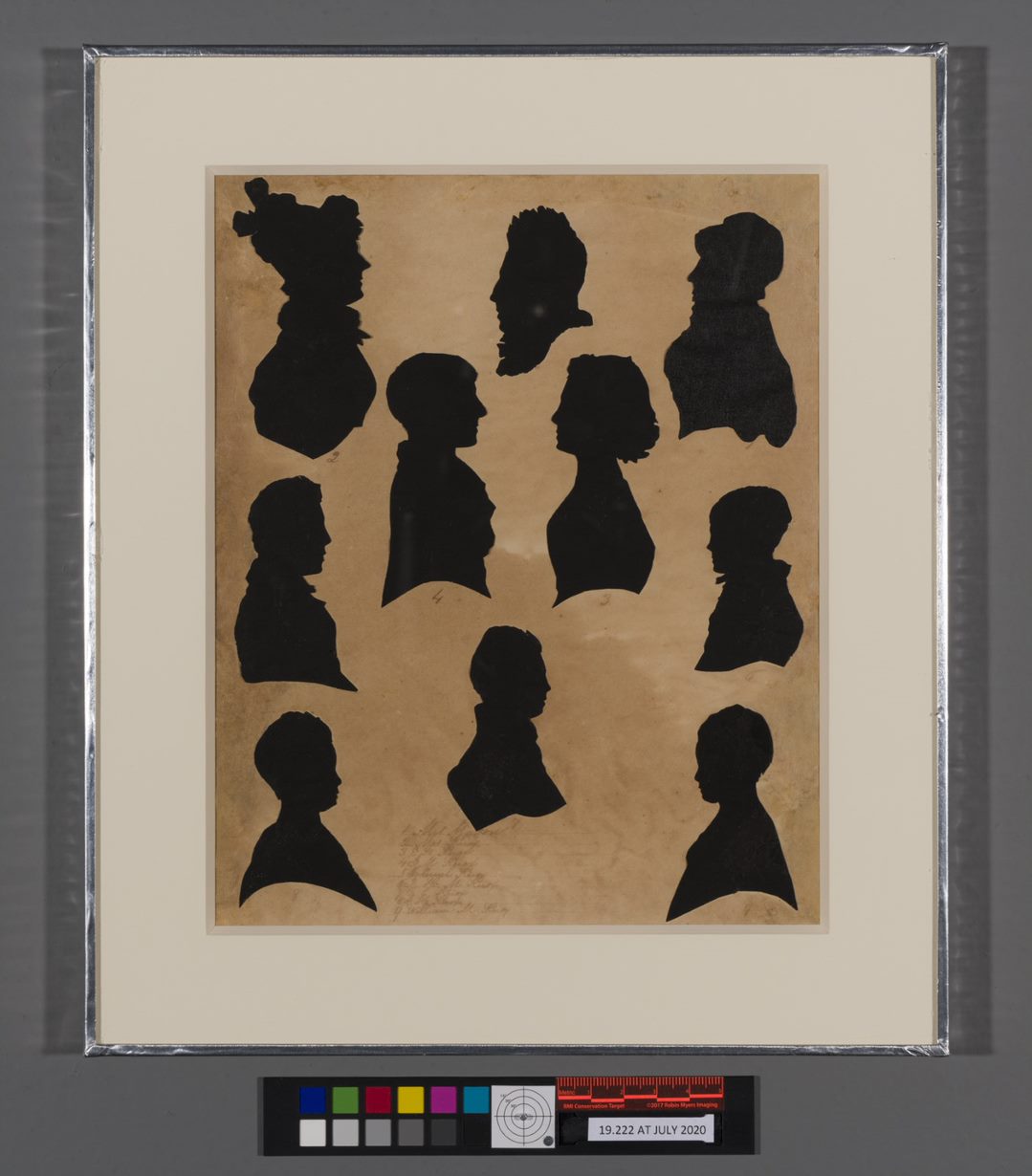 Presumably, the black silhouette protected the mounting paper from the effects of light and oxidation while it was attached. As a result, approximately 90% of the original outline was detectable, and a copy was made from acrylic-toned paper. The paper color and texture of the reconstructed silhouette appear slightly different from the others at close-range, and it is marked for posterity with the year of creation on back. The overall effect, however, when viewed from a normal distance, is a faithful recreation of what greeted parlor visitors a century-and-a half ago.

Above, from top: Before-, during-, and after-treatment reference photographs of the Knox & Mason family silhouette portraits. The missing portrait, discovered and recreated with the help UV technology, is visible in the upper right corner of the after-treatment image.