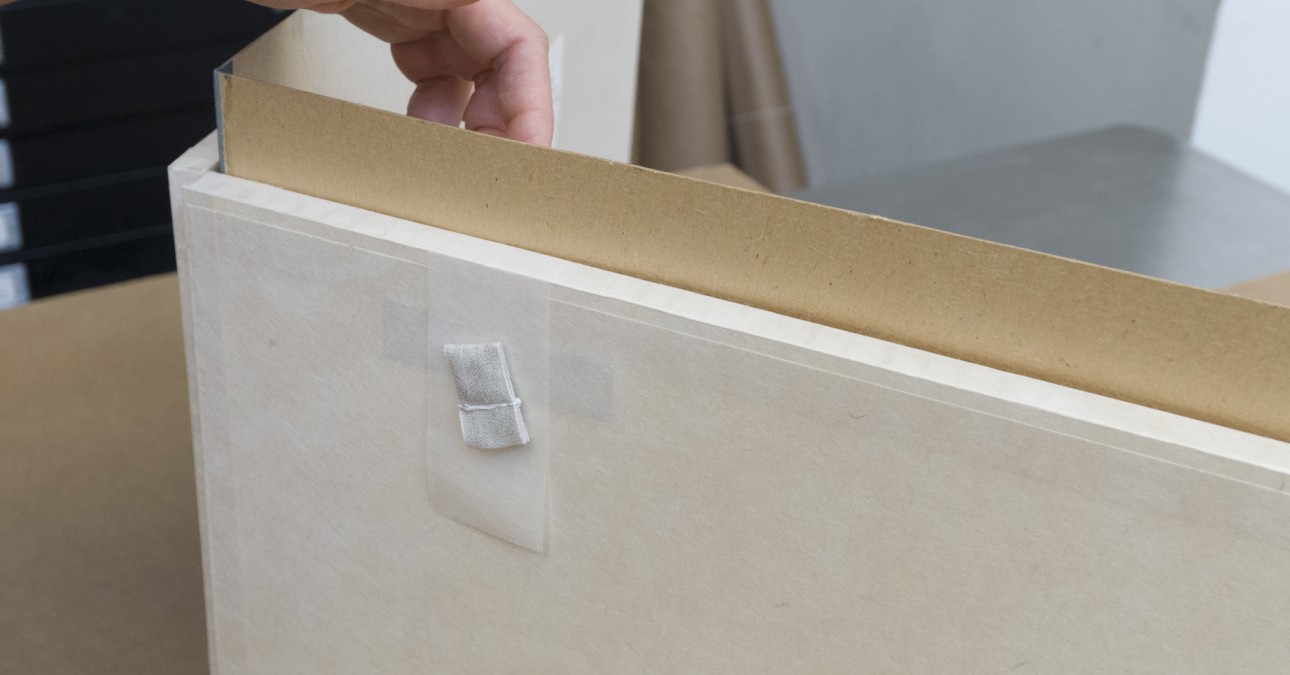 Russian artist Ilya Kabakov lived through three tumultuous decades in Moscow during the height of the USSR. From the 1950s to the 1980s, his work spanned a variety of media and subjects as he fell in and out of favor with the Soviet regime. In his capacity as a member of the prestigious Union of Soviet Artists, Kabakov illustrated children’s books. His private work, however, addressed more nuanced issues of contemporary life in Russia during the collapse of the Soviet Union.

Kabakov came to the United States in the late 1980s, and much of his recent work contemplates identity during the disintegration of the USSR. In the 1980s, he expressed these ideas by assembling albums—installations of documents and collages addressing a common theme. One such work, a collection of ten albums, is called Ten Characters. Kabakov’s website describes the albums of Ten Characters thus:

The ten albums tell ten fables: they suggest ten positions from which Homo Sovieticus can react to his world, ten psychological attitudes, ten perspectives on emptiness, ten parodies of the aesthetic traditions through which Kabakov evolved his vocabulary, ten aspects of Kabakov’s personality.

One of the albums from Ten Characters, The Short Man (The Bookbinder), recently came to CCAHA for treatment. The work is a set of eight folding screens varying in height from roughly 10” to 26” and stretching several feet in length. Each screen features a series of paper panels, over the course of which the story of The Short Man is portrayed through images and text.

Treating these objects presented a unique challenge after accumulated surface dirt was cleaned and delaminated paper was consolidated. Conservation Assistant Heather Godlewski built an exhibit mount for each object out of hand-cut Tycore panels embedded with steel plates. Each panel of the mount was covered with Japanese paper and hinges of Japanese tissue paper were attached to the objects. Godlewski sewed rare earth magnets into the ends of these hinges, so that when the hinges are draped over the exhibit panels, the magnets and steel plates in the panels will hold the objects in place. When not on display, the objects can be stored in custom-built boxes with their correlating mounts stored separately.