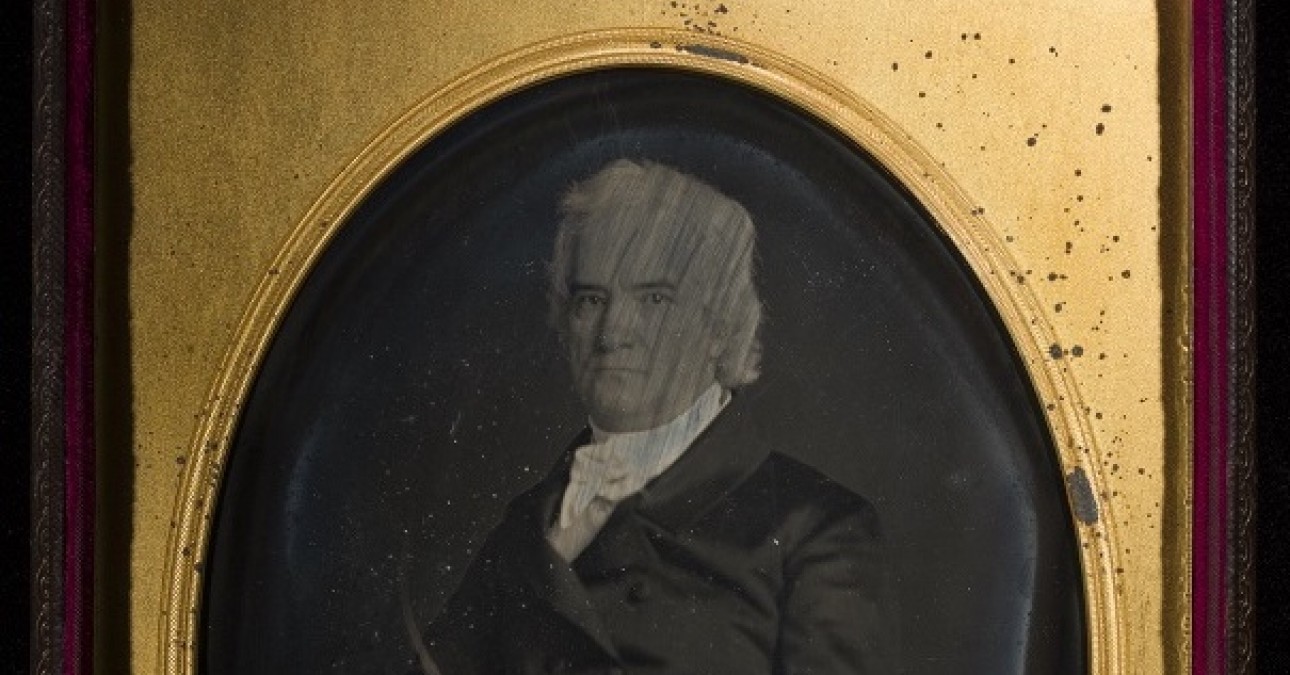 Lawyer, diplomat, and politician George Mifflin Dallas was born in Philadelphia in 1792. Raised in a political household, Dallas' father was President James Madison's Secretary of Treasury, and Dallas was named in honor of close family friend and Founding Father Thomas Mifflin.

Dallas' own political career began after graduating from what would eventually be known as Princeton University (then the College of New Jersey) in 1810 and later studying law under his father's direction. Instead of pursuing law, he opted to work as secretary to diplomat Albert Gallatin, traveling throughout Russia, and at the height of the War of 1812, assisting his attempt to broker a peace deal with England.

Through his father's political connections, when he returned home, Dallas eventually held a series of low-level jobs in President Madison's administration, setting him on a path to become a successful politician in his own right: mayor of Philadelphia (1828–29), a United States Senator (1831-33), and eventually Vice President of the United States under James K. Polk (1845-1849). Dallas was popular enough that, in his lifetime, a handful of towns and counties in the United States were named for him, most notably Dallas, Texas. 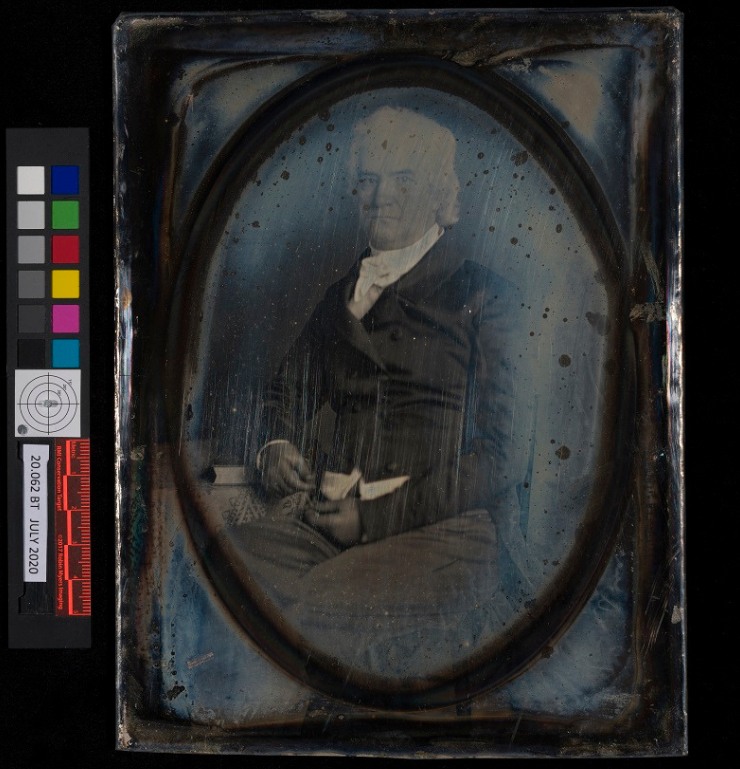 This summer, CCAHA began work on a full-plate daguerreotype image of George Mifflin Dallas that is owned by the local Masonic Temple Library & Museum. CCAHA Photograph Conservator Zach Long, who led the treatment, could only confirm the existence of two other surviving daguerreotypes of Dallas, though he notes that Dallas was wealthy and famous enough to have been photographed more than that, and several period prints and publication images based on other daguerreotypes exist. This scarcity is due to the fact that daguerreotypes are singular photographic objects. Copies could only be made by taking a copy photograph of the plate, and for publication a printer typically made an engraving or etching based on the image. Little is known about the circumstances surrounding this particular image, but Zach notes that "daguerreotypes were only popular in the 1840s and 1850s, so the portrait would have been taken around the peak of his fame." 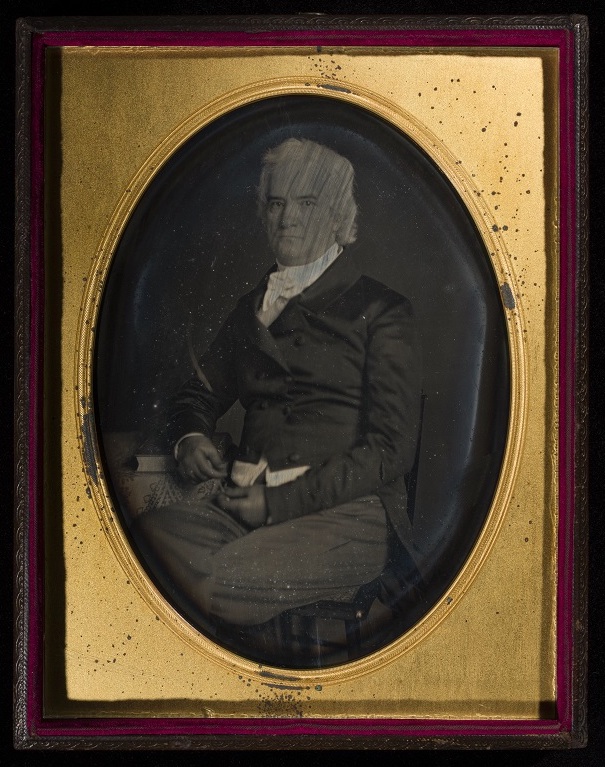 On its arrival at CCAHA, the daguerreotype's image was greatly obscured by a deteriorating cover glass, dust, and a white haze on the plate. The scope of the project included not only treating these blemishes, but also post-treatment digitization and rehousing it more securely in its period frame.

After washing the plate, dusting and removing accretions on the plate itself, and resealing the plate package with modern materials, this rare image of George Mifflin Dallas is much more visible and will be better preserved for future research and exhibition.