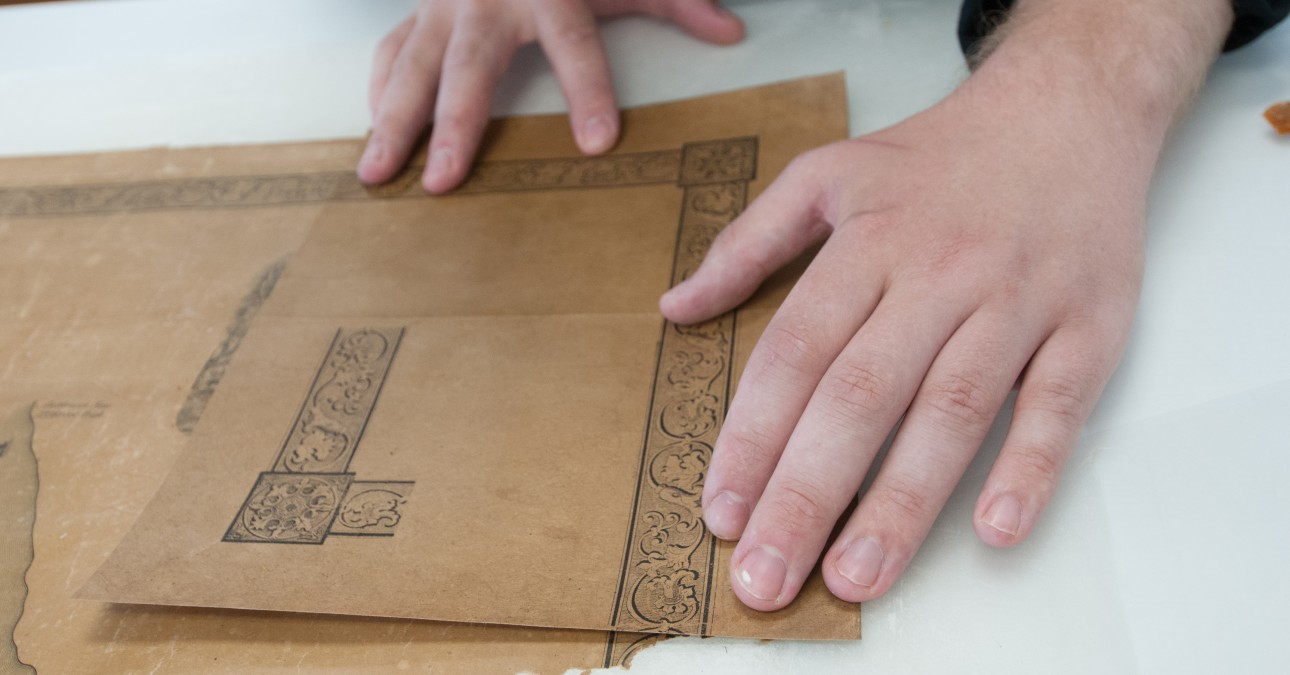 Artist and craftsman Jacob Aub was born in Darmstadt, Germany, around 1821 and emigrated to the United States in 1846. He settled in Philadelphia where he struck up a close relationship with fellow engraver and lithographer Norman Friend, who would eventually become Aub's citizenship sponsor and business partner. In 1851, the pair started the firm of Friend & Aub, which specialized in map engraving and lithography. 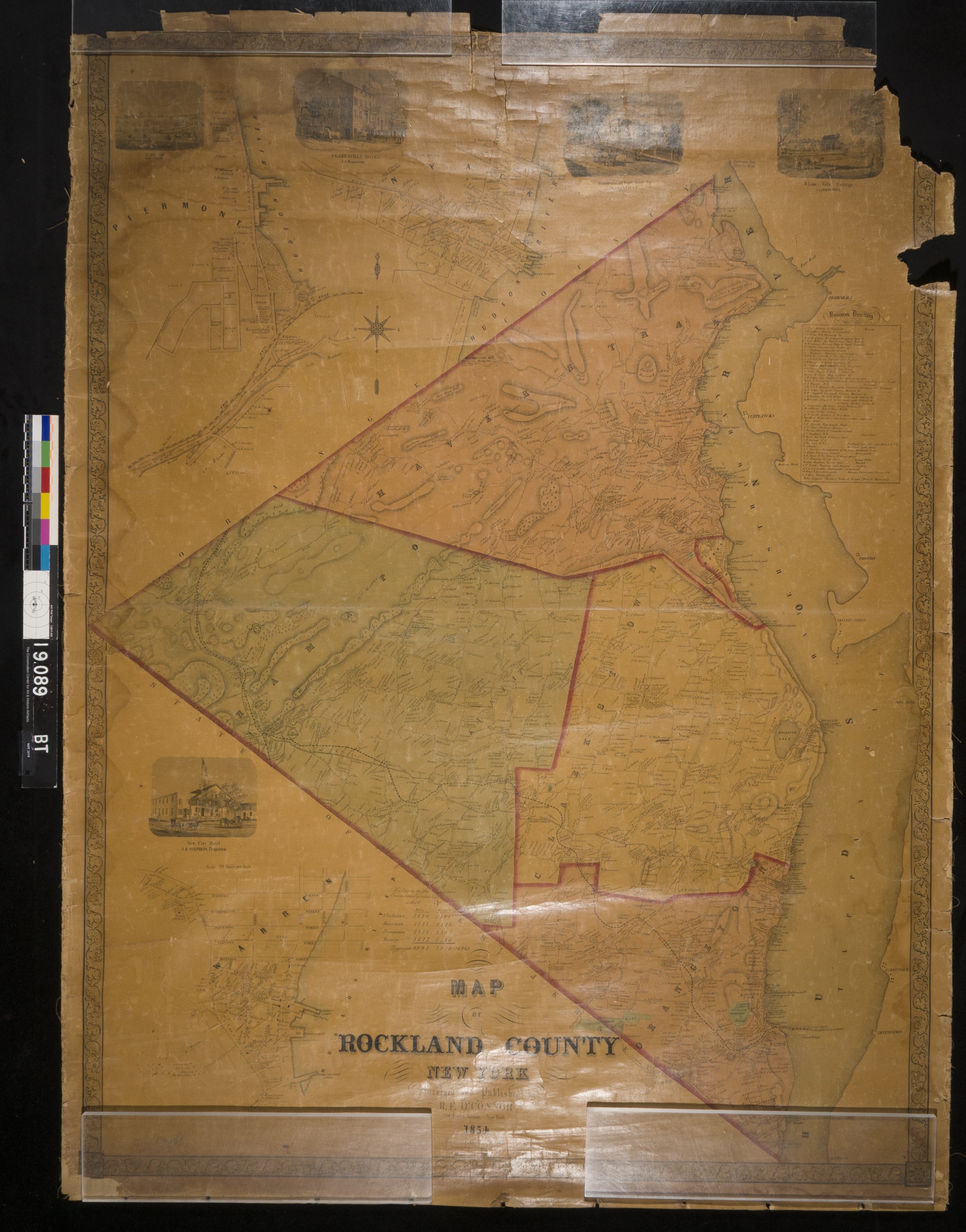 Earlier this year, one of Friend & Aub's original map lithographs made its way back to Philadelphia in the hands of a private collector who contacted CCAHA. This large map of Rockland County, New York, is one of a popular edition surveyed and published in 1854 by R.F. O'Connor. Depicting the State's southernmost county west of the Hudson River, the beautifully detailed map illustrates the area's natural features, notes the names of landowners, post offices and railroads, and depicts a handful of countryside scenes.

This particular copy arrived at CCAHA with a number of typical problems for a document its age, including surface dirt, darkened varnish, and discolored and brittle paper. More significantly, though, there were several major losses around the map's edges. The missing portions were parts of a complex, decorative border pattern. 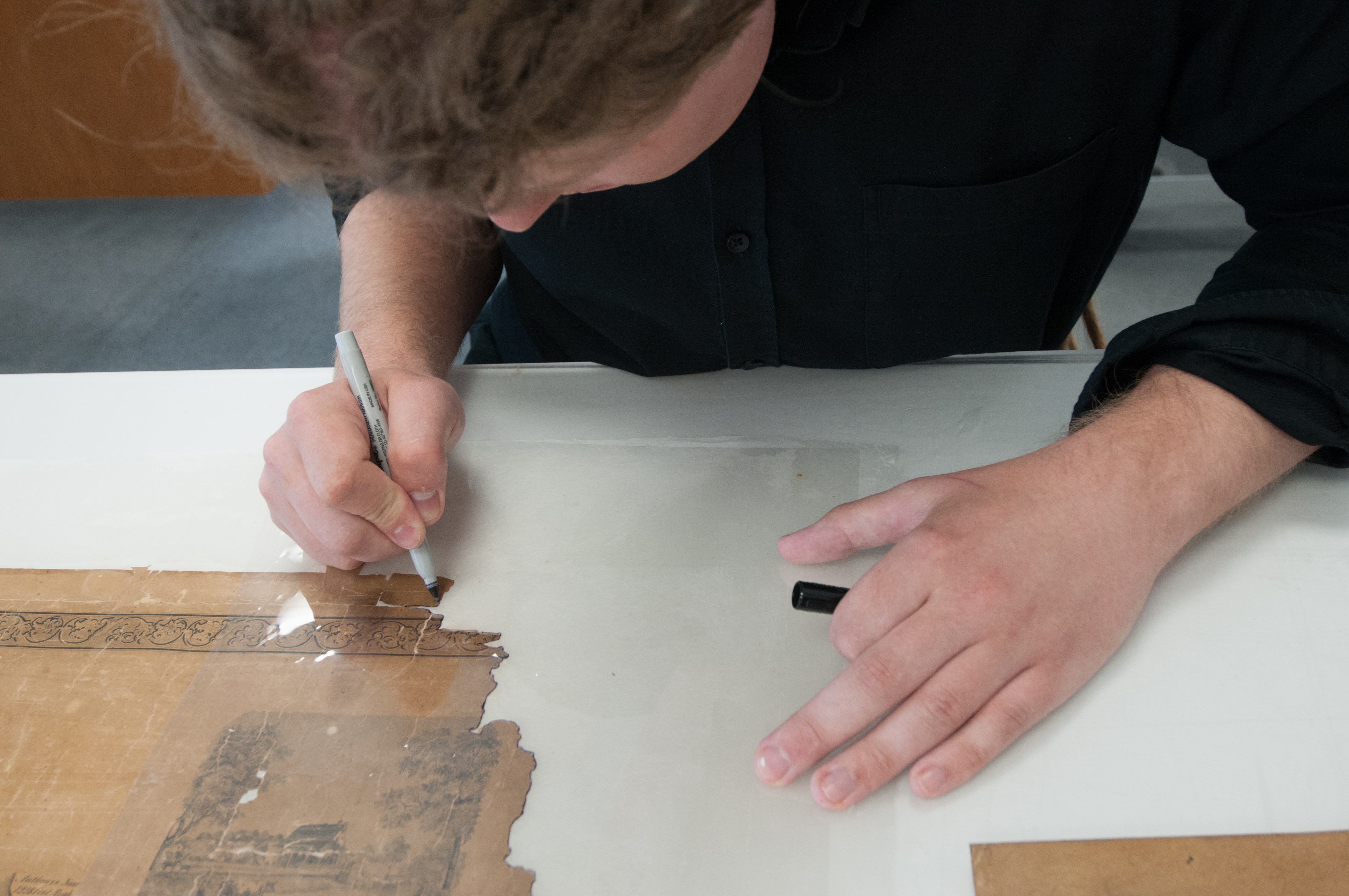 Addressing the map's surface issues was a familiar process for NEA Paper Conservation Fellow Benjamin Kirschner. Over a period of weeks, the treatment included surface cleaning with polyurethane sponges and washing on non-woven fabric with slightly alkaline deionized water to neutralize acids and reduce discoloration. The degraded cloth lining was replaced by an overall lining with long-fibered mulberry paper.

The next phase of treatment began when Benjamin consulted with Andrew Pinkham from CCAHA's Digital Imaging department. Together, Andrew and Benjamin digitally captured an intact corner of the map including the adjacent decorative border, then produced a facsimile of the corner printed on acrylic-toned mulberry paper using pigmented ink. The surface gloss and depth of color were imitated with a coating of ethanol-soluble cellulose ether. 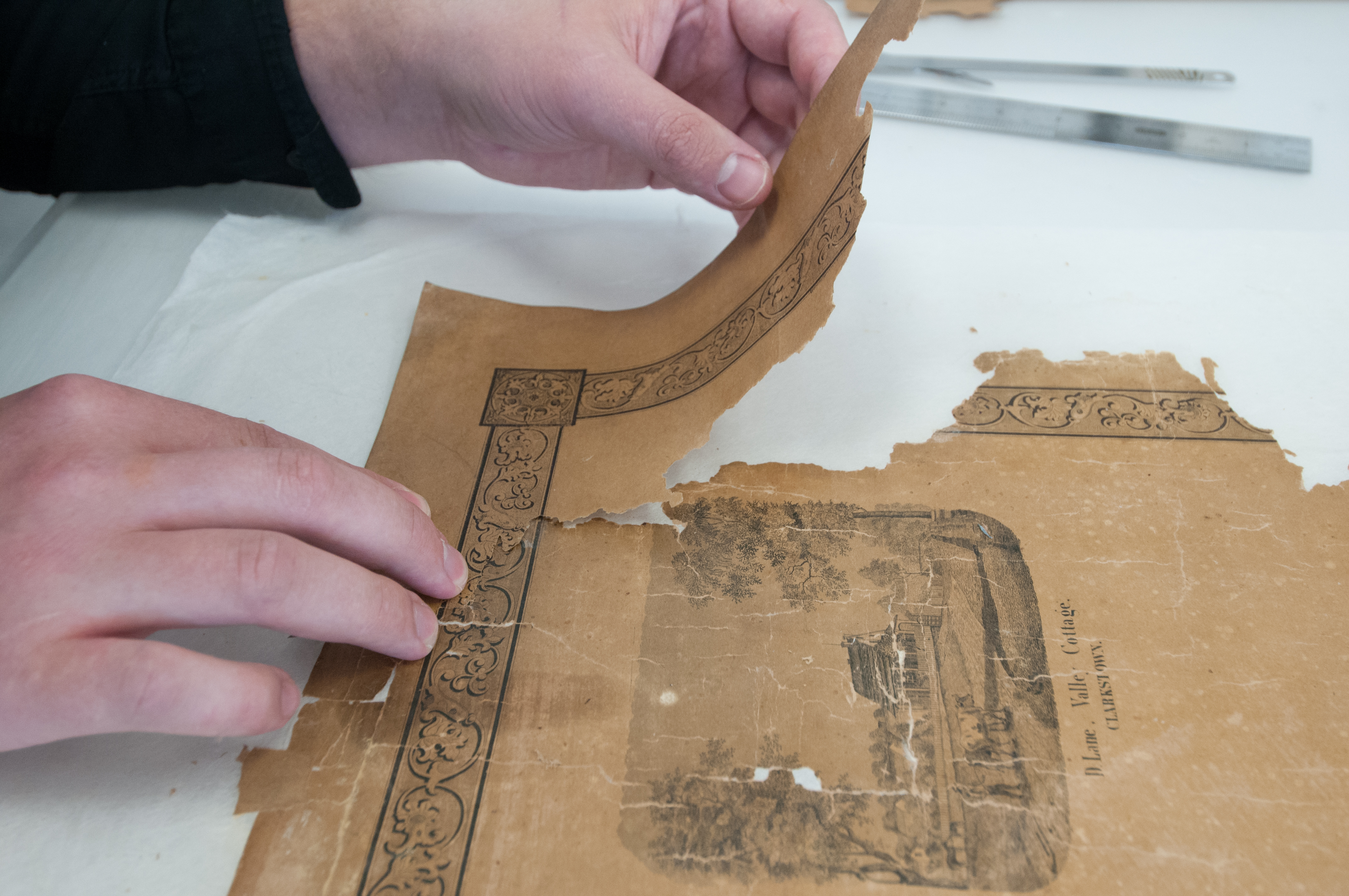 With a striking replica of the missing corner in hand, Benjamin was able to carefully reconstruct the area, lining up the newly-printed segments with the original. The result, from even a very short distance, is a convincing recreation that gives a second life to this historic 19th century document of New York State.