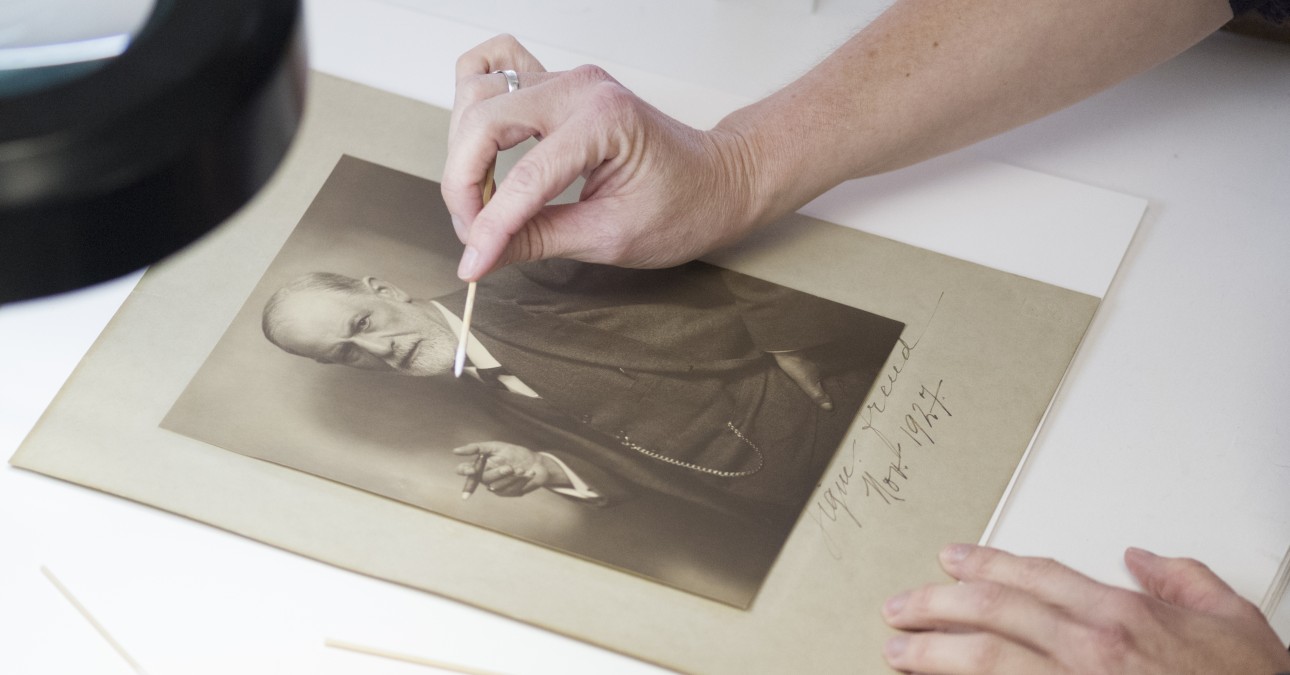 The most famous photograph of Sigmund Freud depicts the psychoanalyst standing with his signature cigar in a stark, chiaroscuro contrapposto. Perhaps fittingly for Freud, the portrait was actually taken by a relative: his son -in -law, a man named Max Halberstadt. Halberstadt —who’d married Freud’s daughter Sophie, the fifth of his six children —was a practicing portrait photographer in the early twentieth century. 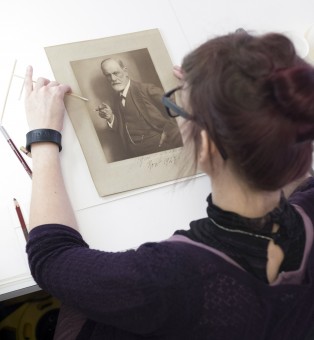 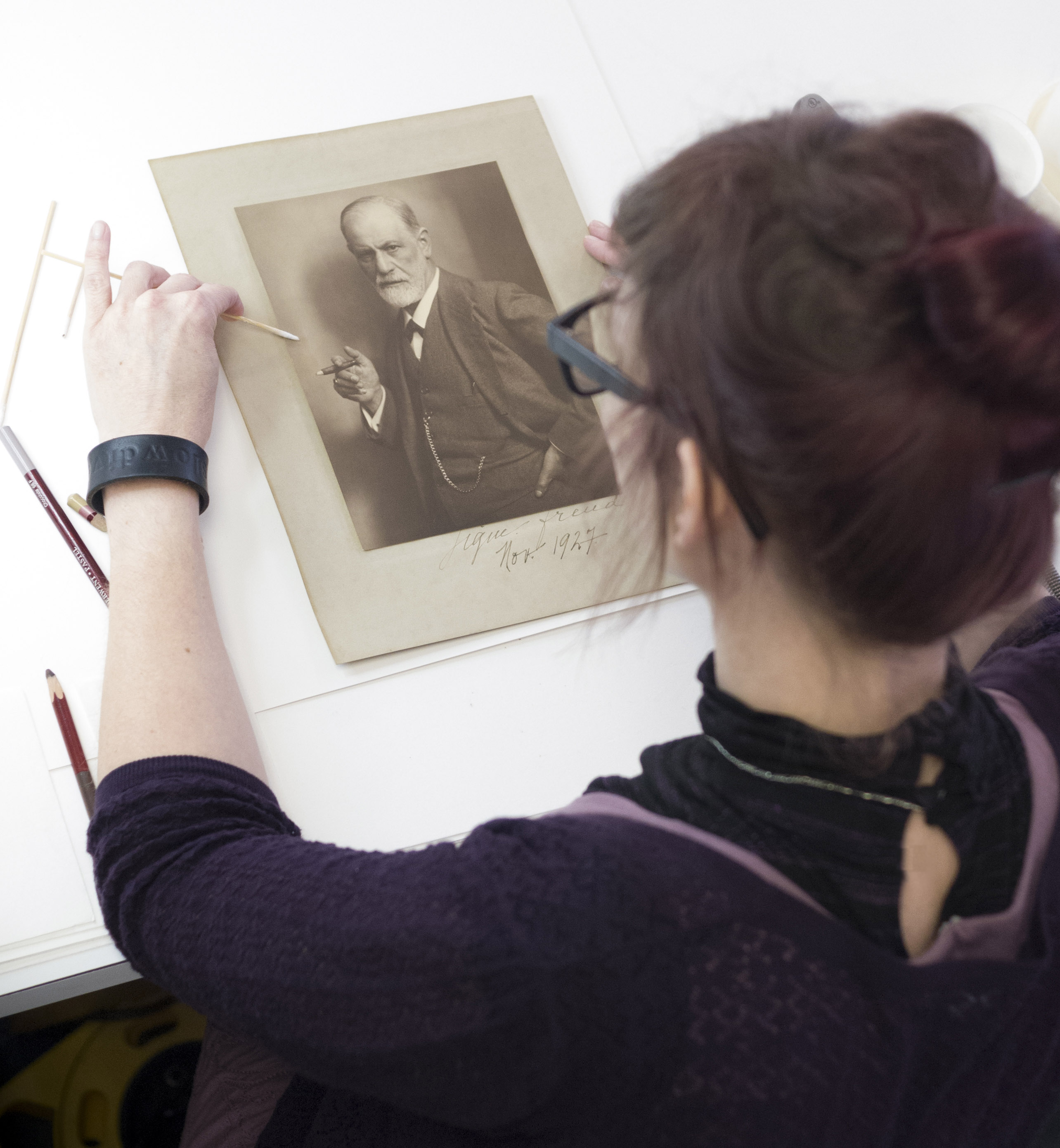 After testing the photographic media with deionized water, Wetzel cleaned the surface of the photograph and the mount with a soft polyurethane sponge to reduce surface grime. She applied deionized water with micro swabs to the stain just above the cigar. Using controlled moisture and heat, she locally reduced the stains on the mount. Wetzel mended the tear on the back of the mount with Japanese tissue and wheat starch paste, which she then toned with pastel pencils to blend. She applied four small Japanese paper hinges to the photograph to re -adhere it to the mount: two at the center and two at the bottom of the left and right edges. Lastly, she applied a small amount of pastel pencil to the stain on the photographic surface to minimize its appearance.