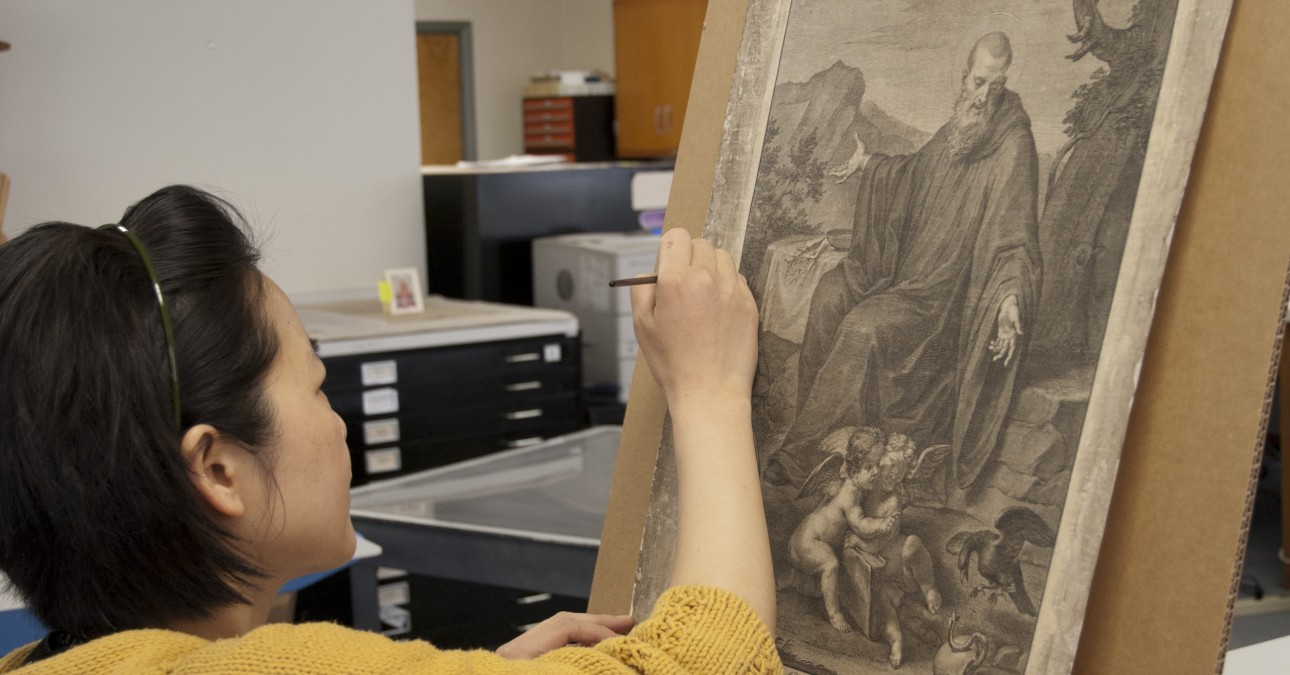 A couple from the Philadelphia area was wandering through the shops in London’s Kensington district, perusing old maps and prints, when the two came across a piece of history that reminded them of home: an aquatint and etching by T. Cartwright called Philadelphia, from the Great Tree at Kensington.

The “Great Tree” was a large elm along the Delaware River, near what is now the Fishtown section of Philadelphia. In November 1682, shortly after founding Pennsylvania, William Penn and other Quaker settlers met with Native American leaders underneath the elm to agree on a Treaty of Amity and Friendship. No written record of the treaty exists, but many artists have referenced it in the centuries since. One such artist was George Beck, whose painting of the treaty’s setting was issued as a print in 1801 by Atkins & Nightingale of London. 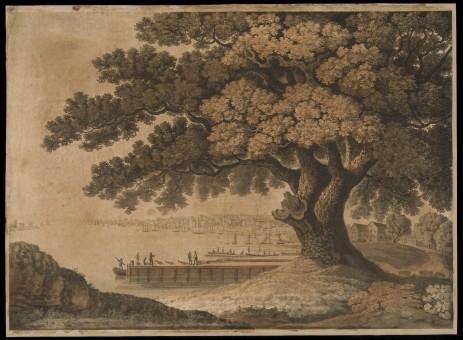 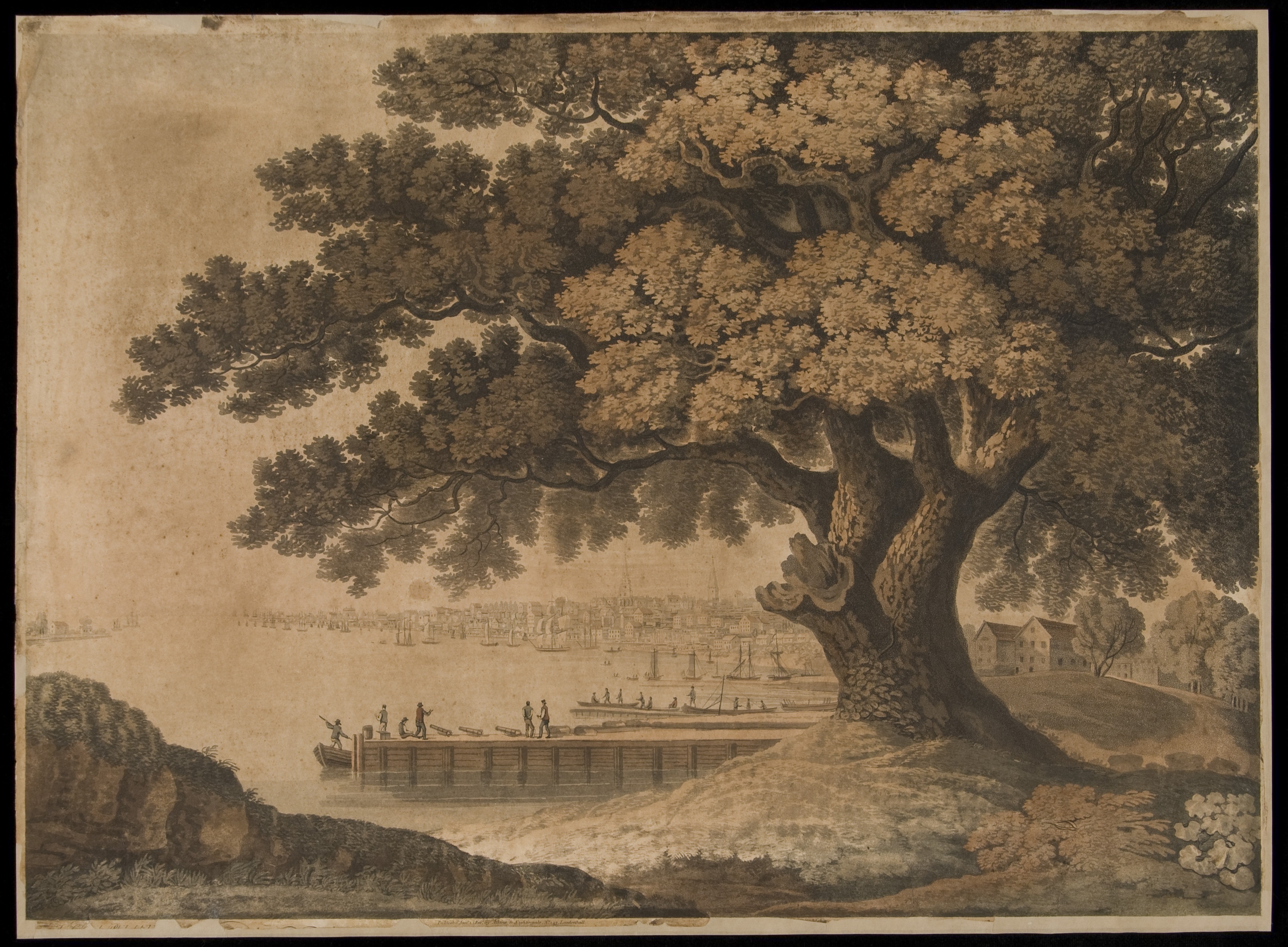 Philadelphia, from the Great Tree at Kensington after treatment

This was the print that the Philadelphia couple discovered in the Kensington shop. Finding it in London was “too ironic—we had to get it,” the husband said. “We knew what it was right away even though it was so dark.” A varnish layer had discolored to yellow and attracted heavy surface dirt, obscuring the hand-coloring below it. After shipping the print home, he brought it to CCAHA for treatment—and received quite a surprise.

“I was thrilled that the colors could be brought back to life,” he said. “I was happy just with that, and then Soyeon [Choi, Senior Paper Conservator] called. She said that underneath was another image.” 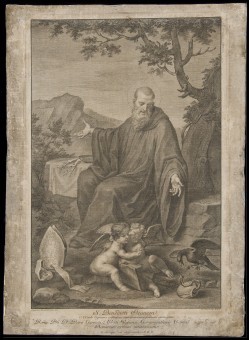 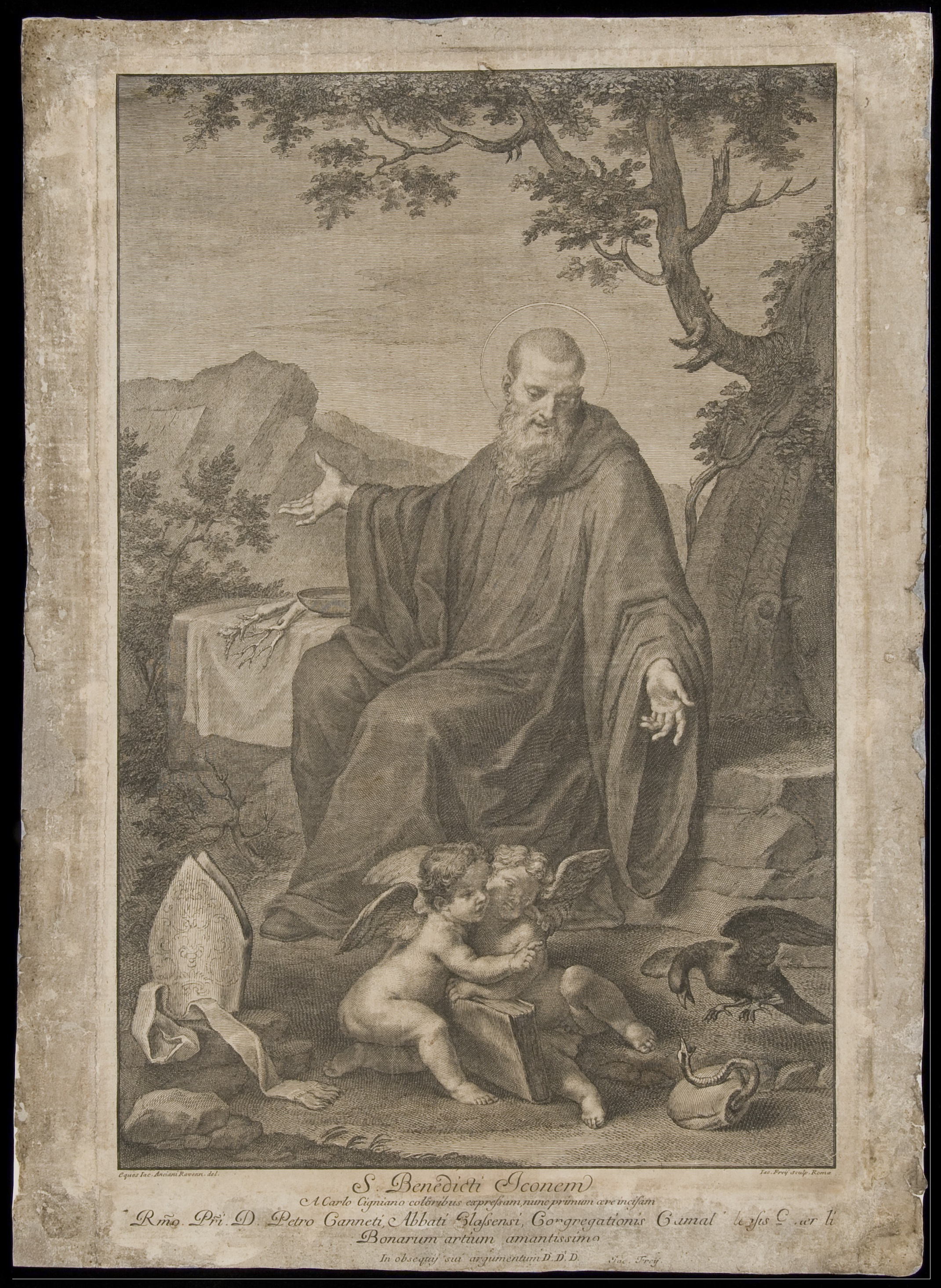 During her examination of the Philadelphia print, Choi had noticed an image visible through a puncture in the print’s upper right corner. When she removed the lining paper from behind the print, she realized that the paper was actually an etching and engraving, S. Benedicti, made by the Swiss-Italian printmaker Jacob Frey between 1696 and 1752, after a painting by Carlo Cignani. “This was the first time I’ve ever uncovered a surprise second work during treatment,” Choi said.

The newly revealed print was in poor condition, with thick yellow paint and adhesive residue along the margins and a layer of varnish overall. Choi reduced the varnish layer in a bath of ethanol and washed the print in successive baths of water to reduce discoloration. She then light-bleached the print to brighten the paper. Next, she filled losses in the paper with antique paper pulp before lining it with mulberry paper. Finally, she inpainted the filled areas with watercolor and soft pastel and flattened the print.

S. Benedicti will be housed in a sealed package and frame before it is returned to the client, who is not yet sure where he and his wife will hang it (the Philadelphia print, treated and framed, is now displayed in their dining room). Both love the image. “It’s just one of those pleasant discoveries that you happen upon,” he said.