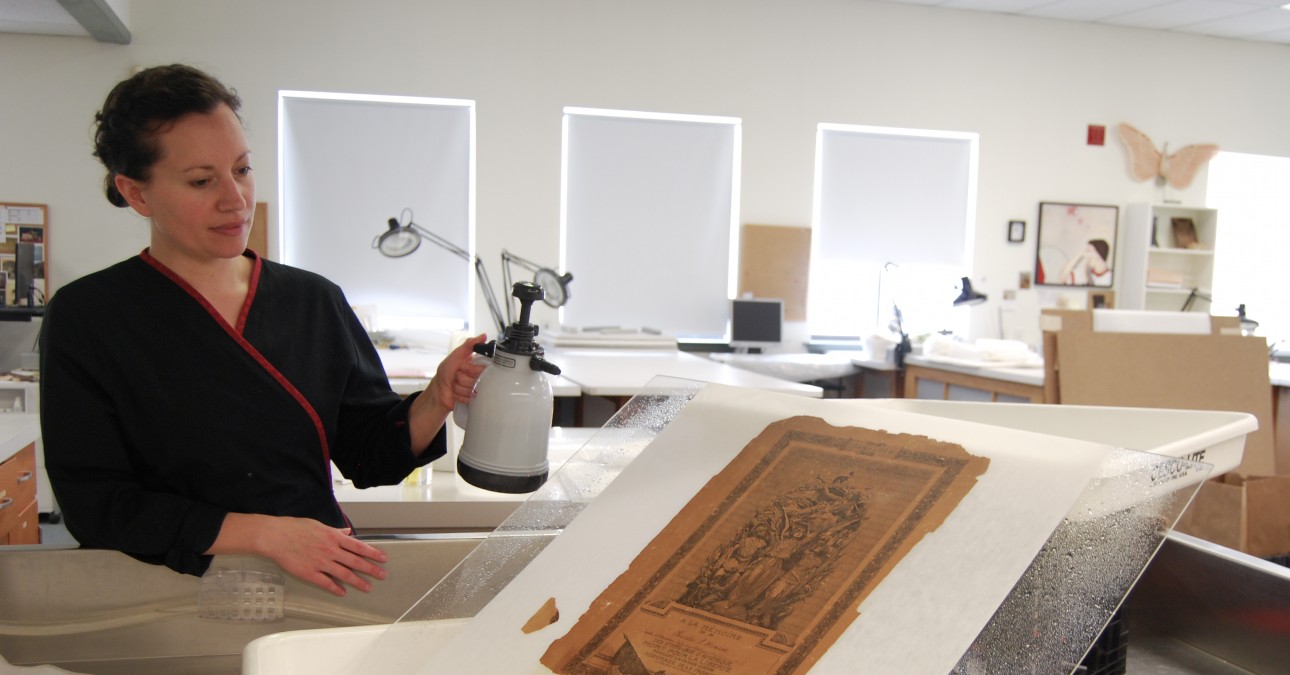 When the certificate was brought to CCAHA, it exhibited tears, edge losses, and significant insect damage. There was overall discoloration and a dark brown tideline along its bottom edge.

CCAHA Mellon Fellow Jacinta Johnson examined and treated the certificate. To clean the object, Johnson used a unique technique: a slant wash. Johnson placed the certificate on a sheet of wet capillary matting, supported by a thick sheet of plastic, positioned at an angle. The top edge of the capillary matting was sunk into a reservoir of calcium bicarbonate solution to draw the solution through the object. With this procedure, discoloration moved down and out of the object.

Like a blotter wash, this method is gentle and allows for washing without immersing an object, which is sometimes preferable due to the state of the paper. Unlike a blotter wash, however, which requires the object to be moved from blotter to blotter as it washes, the slant wash technique is self-rinsing and allows for less manipulation of the object. The directional pull of the slant wash can also help address stains, such as the tideline in this object, which was significantly reduced.

After washing the certificate, Johnson dried and pressed it between felts. She filled losses with pulp fills and lined the object with Japanese tissue paper to add support.