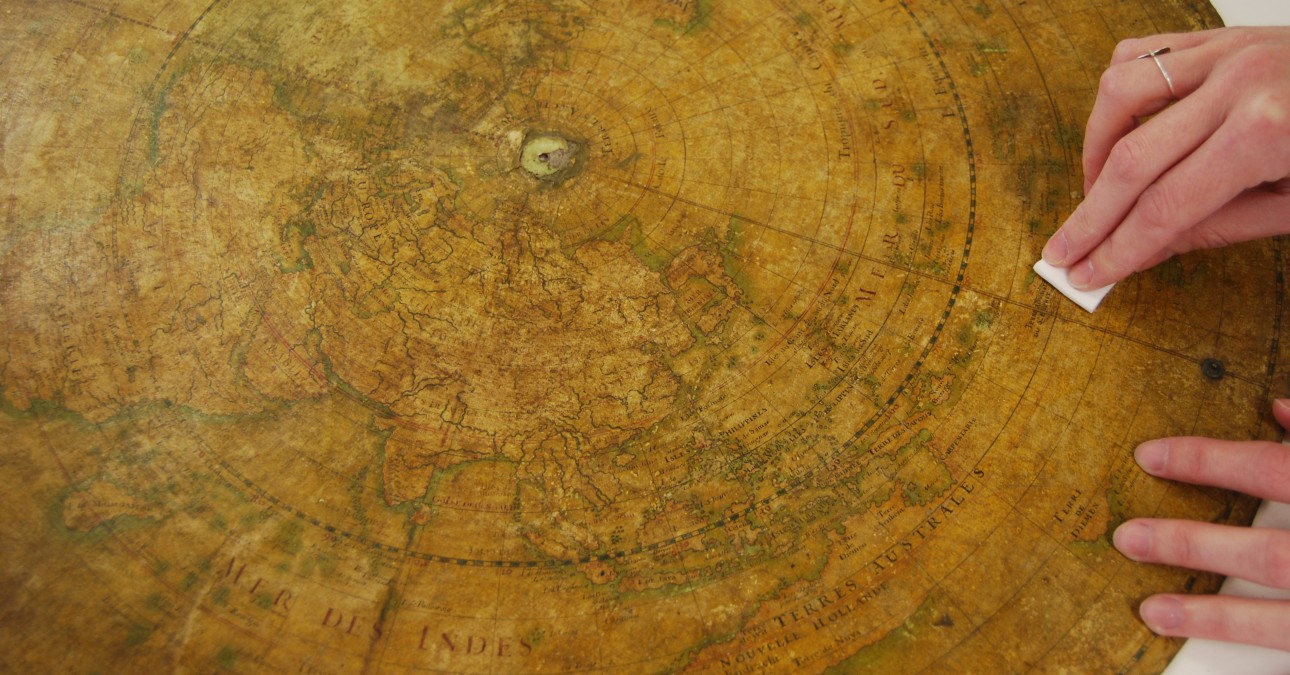 Even before he was old enough to officially rule France and the territories the nation had acquired throughout the world, King Louis XV knew his geography. He was eight years old when Guillaume Delisle, the great mapmaker who pioneered scientific cartography, took the position of Royal Geographer and became Louis’s personal geography instructor in 1718. 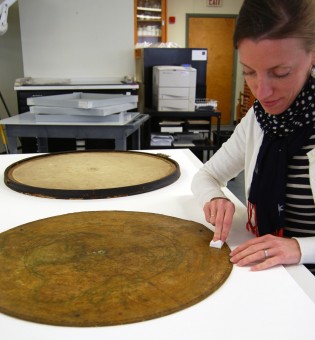 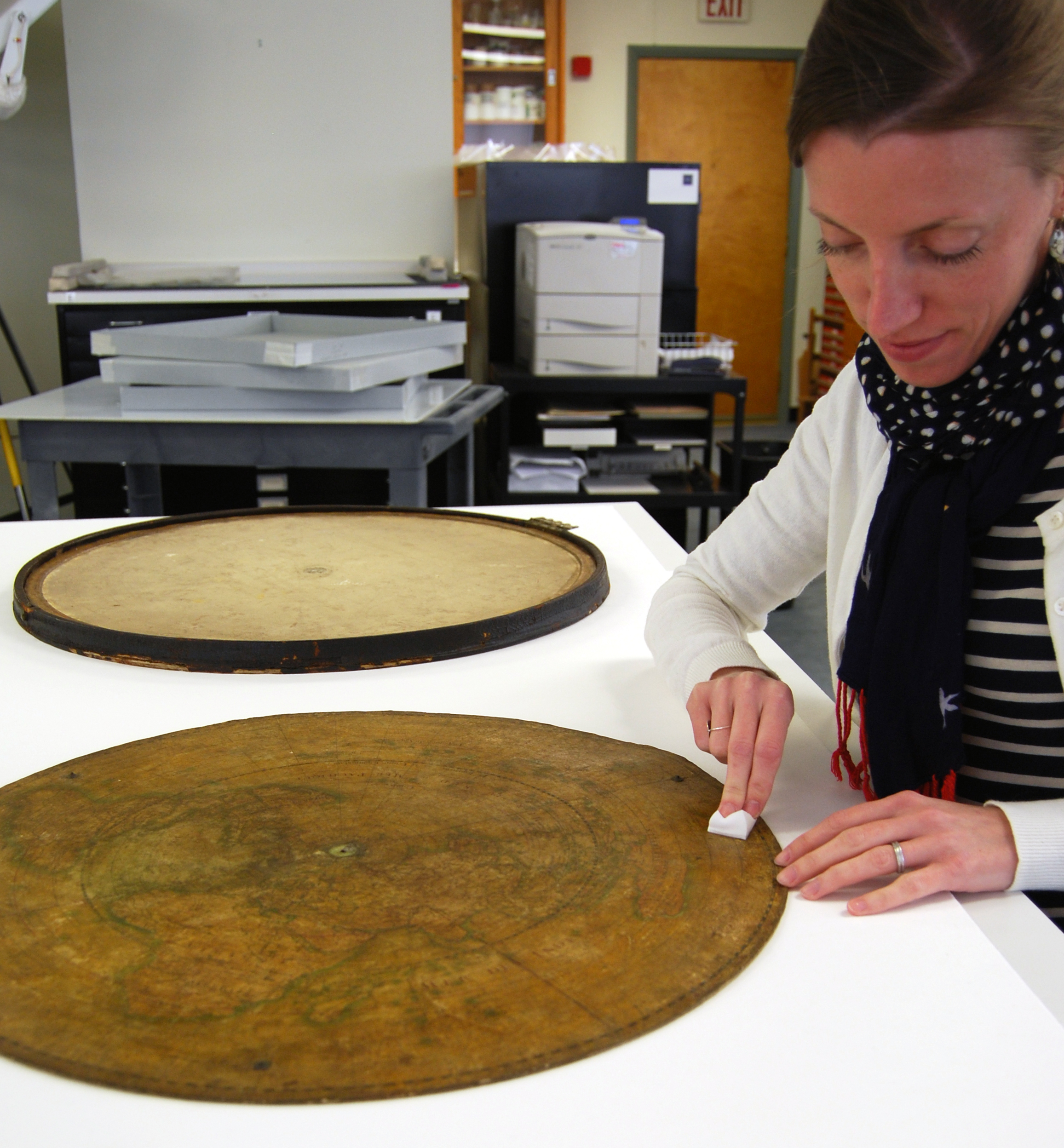 Two years later, Delisle presented his pupil with round manuscript maps—one showing the Western Hemisphere and the other the World, oriented from the North Pole—which he had drawn in brown and red inks and colored with watercolor. The maps were enclosed in a case covered with deep blue leather, the arms of Louis XV tooled in gold on the lid. In the cartouche adhered to the Western Hemisphere map, Delisle wrote a dedication to the young king:

Which translates roughly to:

Presented to the King by his very humble, very obedient servant and loyal subject.

The Jay I. Kislak Foundation, a nonprofit institution that collects and preserves rare books, manuscripts, and maps to make them available for study, recently brought both maps to CCAHA. The varnish that covered the maps had discolored, obscuring some cartographic details and altering the appearance of the colors. After using a soft sponge to reduce surface soil that had accumulated on the surfaces of the maps, CCAHA Paper Conservator Samantha Sheesley removed the varnish by brushing a solvent gel through mulberry paper onto the map surfaces and covering it with polyester film. In time, the solvent softened the varnish and drew it up into the paper, which Sheesley then lifted away. 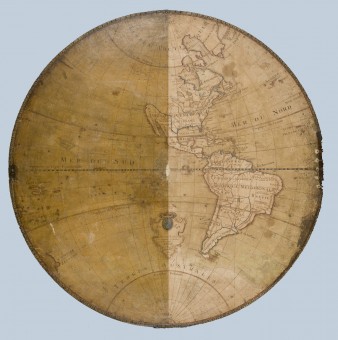 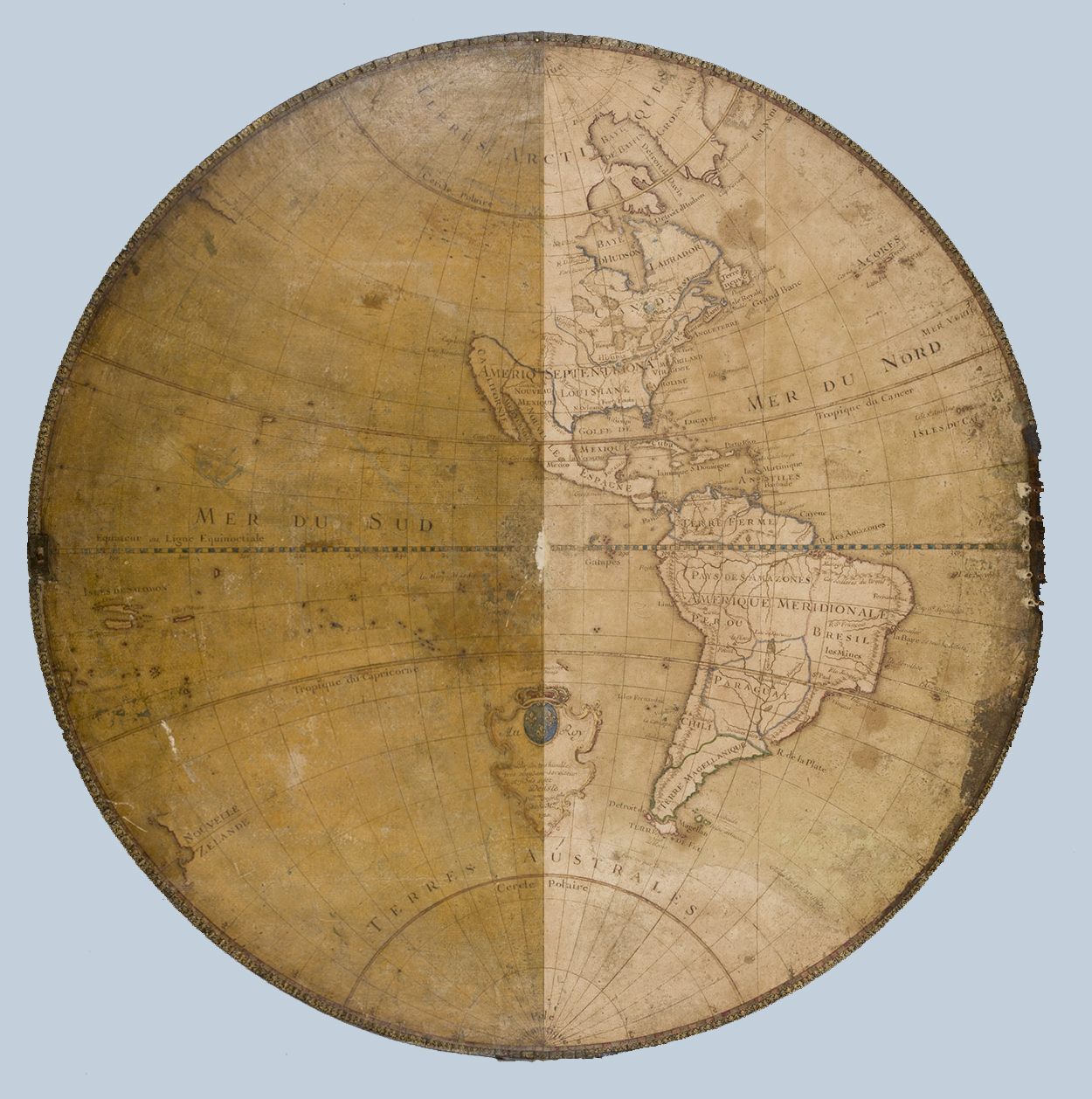 The Western Hemisphere map, before varnish removal (left side) and after

A brass screw at the center of the World Map had held in place a moveable brass pointer, and over time it had severely abraded the center of the Western Hemisphere map while the two manuscripts were stored facing each other. Sheesley filled the resulting large loss with toned cellulose powder, and she consolidated other abrasions that were scattered across both maps.

Sheesley then toned losses with watercolor and lightly varnished the maps to restore their original glossy appearance and provide a protective barrier. Finally, she consolidated the leather that had cracked and lifted along the edges of the case and filled losses in the case with toned mulberry paper.