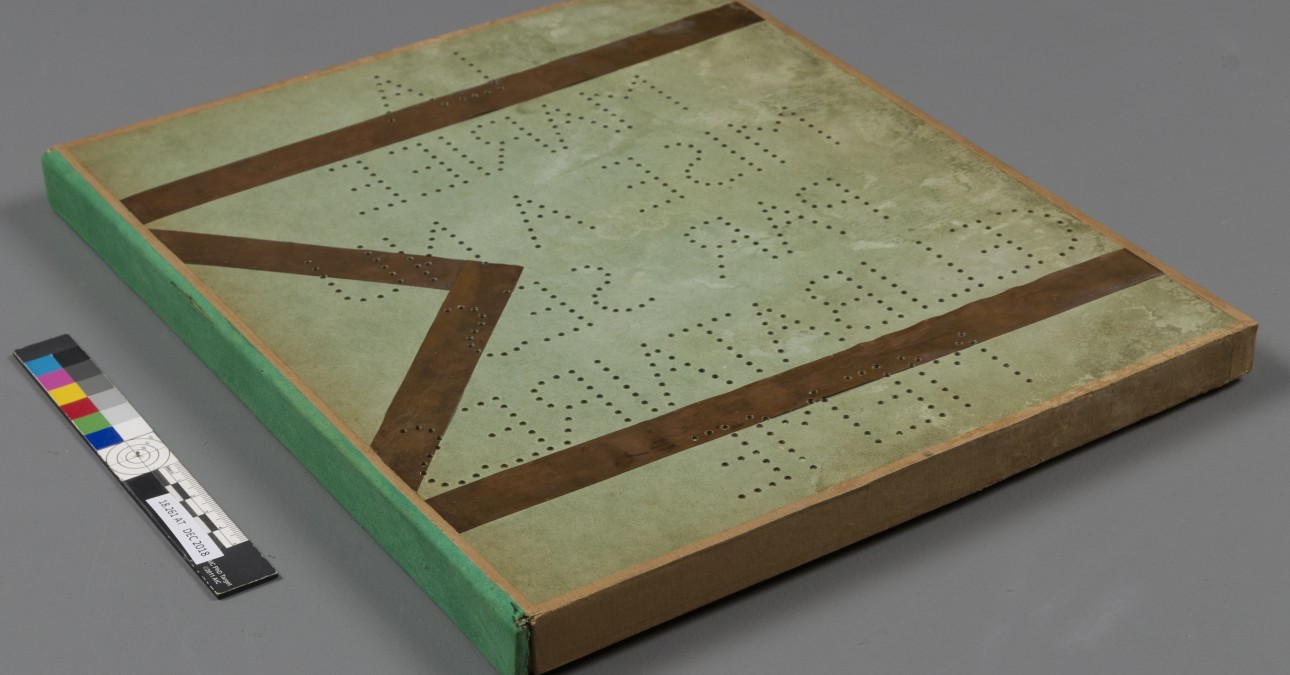 By 1934, when pioneering conceptual artist Marcel Duchamp assembled The Green Box, he was already well-known for his controversial and sardonic style that, while not formally aligned with any movement, was kin to Cubism, Dadaism, and Surrealism. That year, Duchamp created this series of boxed collections to help elaborate on one of his most ambitious pieces from nearly two decades before.

Duchamp had begun work in 1915 on a complex multimedia piece entitled The Bride Stripped Bare by Her Bachelors, Even (The Large Glass) and, from the start, he carefully documented his creative process. The piece took eight years to complete, and its final form was, in the artist's words, "a hilarious picture" made of oil, varnish, lead foil, lead wire, and dust on two 9-foot glass panels.

Nine years after completing it, Duchamp assembled his notes and studies for the piece and created collotype replicas that he housed in a series of green clamshell boxes. These boxes provided a sort of 'binding' for this 'unbound' volume of notes from 1912-17 pertaining to The Large Glass, with the chaotic presentation of the box's contents in sharp contrast to the painstaking care Duchamp put into producing it. The complete series of boxes numbered 320 copies, including a main edition of 300 and an additional 20 deluxe copies with perforated inscriptions.

At the time, Duchamp remarked that The Green Box was “designed to complement the visual experience [of The Large Glass] as in the manner of a guide.” In the words of Duchamp scholar Ecke Bonk, “The Large Glass became legible, and thus visible, only through the Boîte Verte (Green Box).”

When the Conservation Center received this particular deluxe edition copy of The Green Box, it had a number of serious issues. Some components, including the copper strips and inner lining, were detached; two of the box’s walls were missing; and there was water damage which had resulted in staining and planar distortion.

With the goal of bringing structural integrity and an improved aesthetic unity to the box, Book Conservator Richard Homer surface-cleaned the components of loose soiling. The distortions to the paperboard elements were flattened with controlled humidification and restraint. Loose original materials were re-adhered, and the missing walls were built out of similar materials that would blend with the original. Care was taken to preserve the dimpled titling in the lining inside the front cover. This treatment successfully integrated new and old components while leaving important surface characteristics in place.