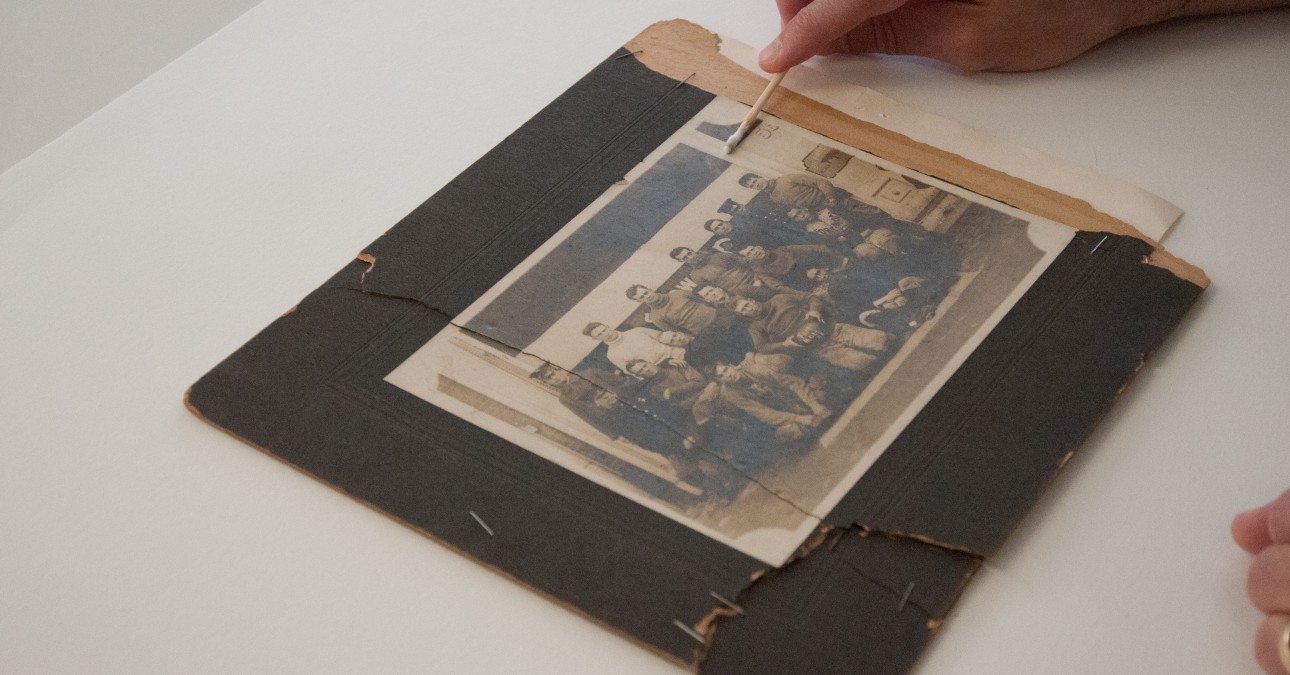 About two decades after the American Civil War, President Grover Cleveland appointed a board to evaluate the state of the country's coastal defenses. That body, led by Cleveland's Secretary of War William Crowninshield Endicott, was known as the Endicott Board, and it eventually issued a report that led to a $127 million construction project at 29 strategic points around the U.S. coastline.

At an elevated land mass known as Finns Point near Pennsville, New Jersey, Fort Mott was one of three forts constructed during this period to secure locations along the Delaware River, specifically in anticipation of the Spanish-American War. In the time that it was an active military fort, soldiers stationed there enjoyed a number of recreational activities such as baseball, tennis, and football. Very few images of these activities survived. 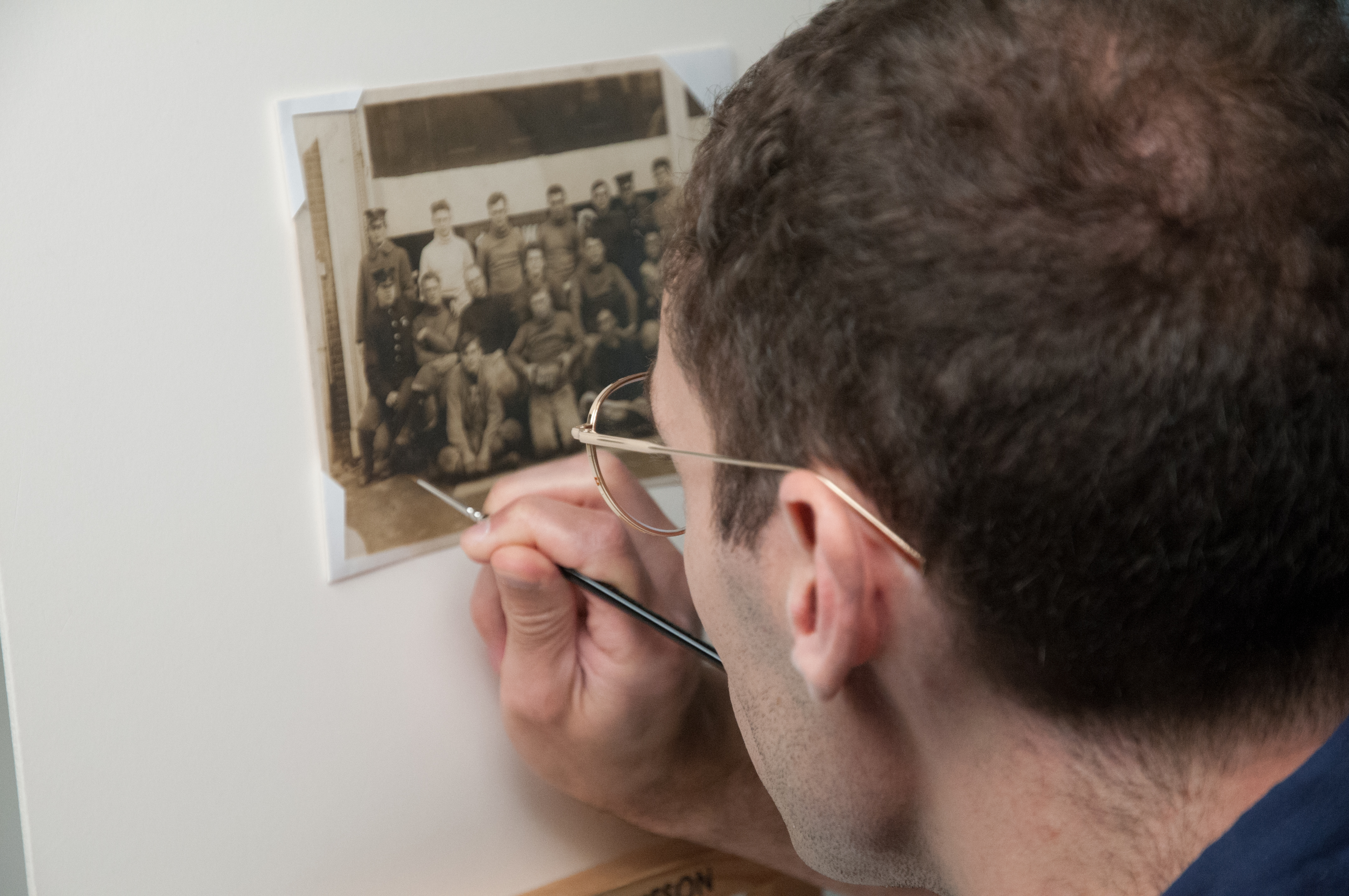 Today, Fort Mott is a 106-acre park maintained as part of the New Jersey State Park system, which employs a park historian to oversee the Fort's archives. Earlier this year, the staff at Fort Mott contacted CCAHA with a pair of badly damaged photographs that offered rare glimpses of life at the Fort around the turn of the 20th Century. A history grant from the Salem County Heritage Commission enabled Fort Mott to seek treatment for these precious snapshots.

The first to receive treatment was the only extant group portrait of the Fort Mott football team, taken in 1908 by an unknown photographer. When it arrived at CCAHA, the photograph was in very poor condition, stapled to its mount, physically unstable, and broken in half vertically.

CCAHA Photograph Conservator Zach Long began treatment by reducing the object's overall surface dirt using a solution of deionized water and ethanol which he applied with cotton swabs (top). Zach then split the mount and washed the photograph to remove the remaining mount remnants and adhesive from the back. The photograph was then lined using mulberry paper and wheat starch paste adhesive.

Finally, losses in the emulsion were inpainted using watercolors and colored pencils (above) to conceal the break edge and allow the photograph to be viewed once again as a unified print, without distraction and as close as possible to its original appearance. 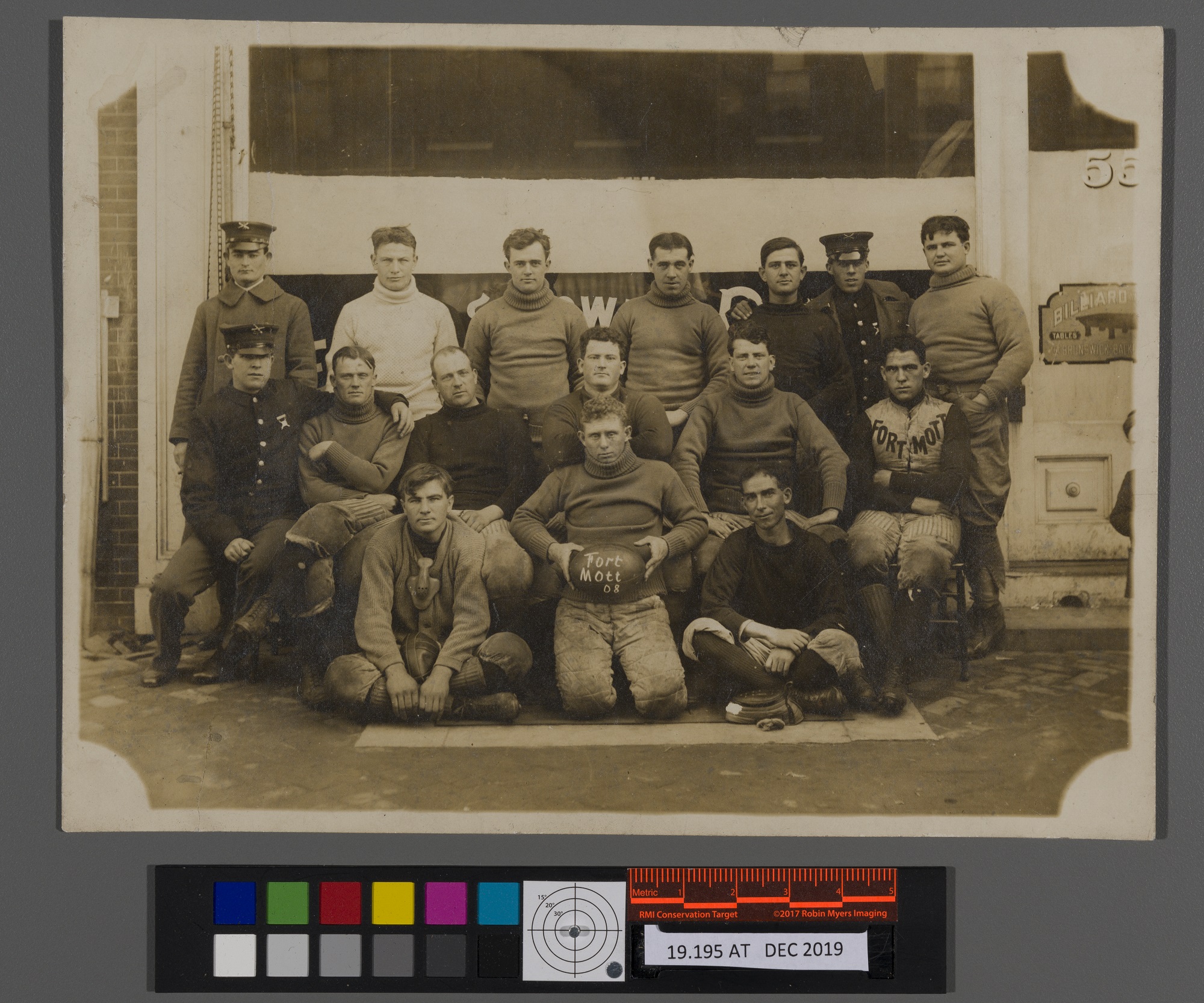