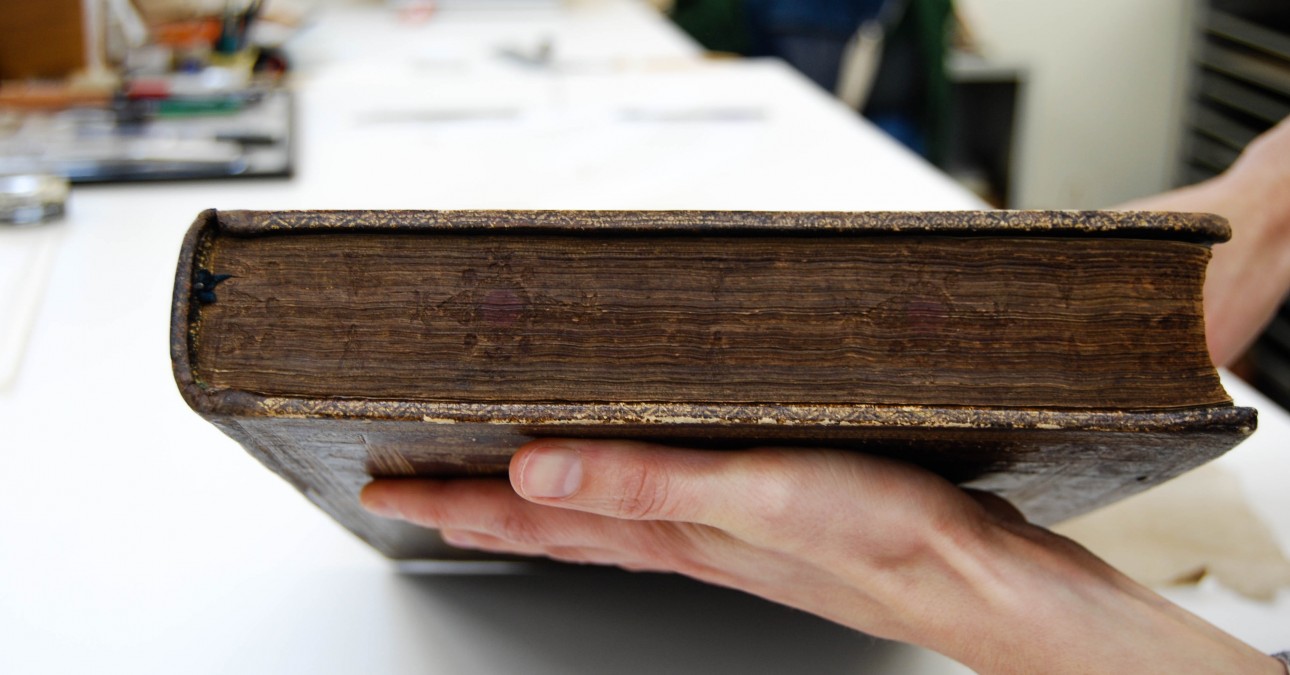 Nicholas Ferrar was born to a wealthy family in London in 1592. After graduating from the University of Cambridge, he pursued various business prospects in London. Upon losing a substantial amount of money to the Virginia Company, Ferrar moved to Little Gidding, a small town roughly 80 miles north of London. He bought the Little Gidding manor house and grounds and was soon joined by his mother, sister, brother, and their families. Together, they restored the church on the property’s grounds and dedicated the majority of their activities to religious devotion.

The structure and activities of the community weren’t defined by any specific doctrine other than an adherence to the Book of Common Prayer. They prayed several times throughout the day and established a prayer schedule so that a member of the household was in prayer at all times. Along with running the household, the family members carried out various religiously-focused activities.

One such task was the copying and production of books. The Ferrars were visited by a woman whose family had a bookbinding business in Cambridge. Under her tutelage, many members of the household learned bookbinding, and the Little Gidding community produced and bound various religious volumes. They are especially well known for their bound albums of Harmonies, which they constructed by cutting gospels and other texts from existing books and then rearranging, illustrating, and binding them into new works. 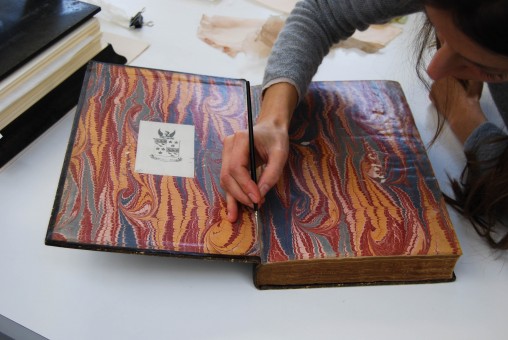 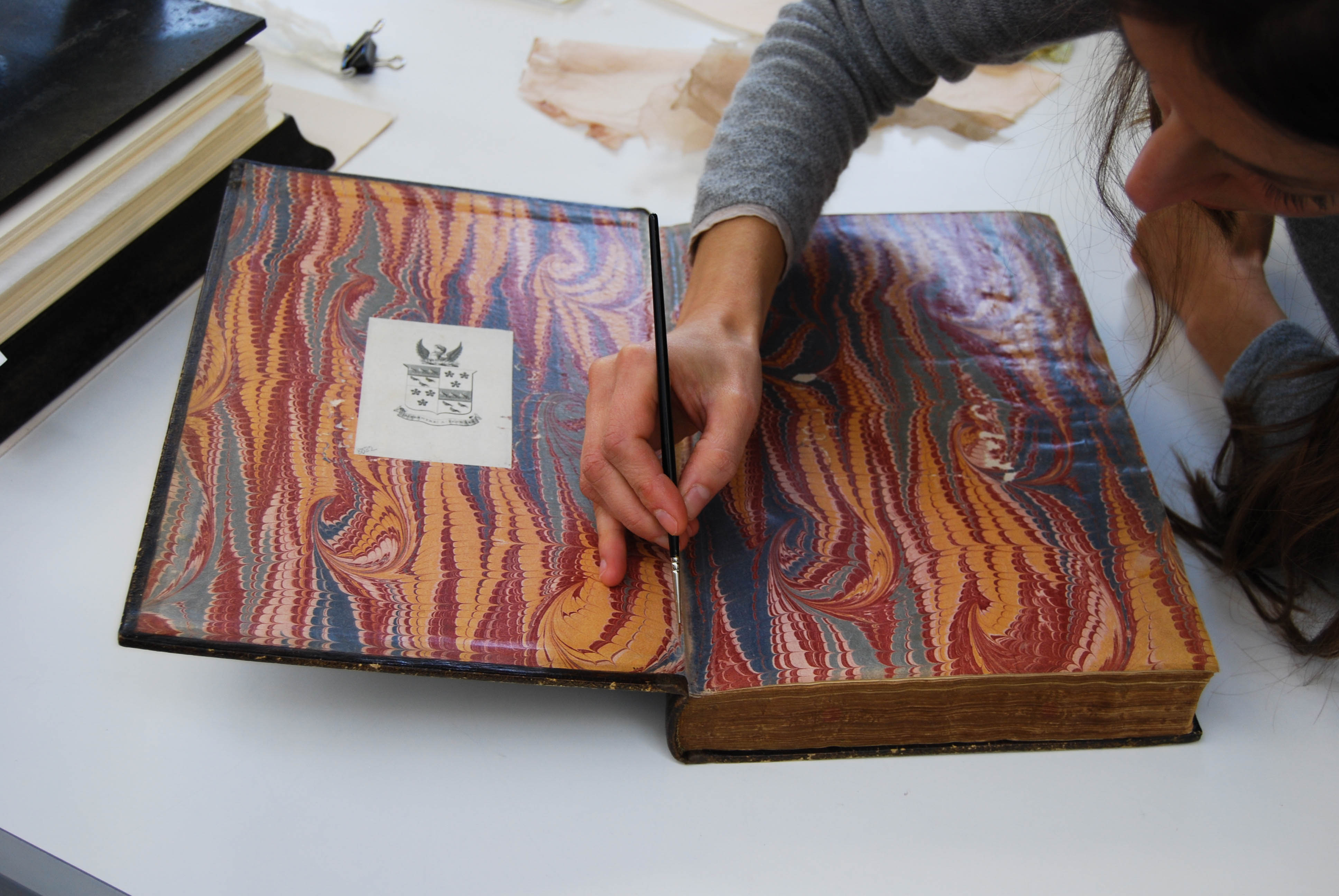 Conservation Assistant Amber Hares demonstrates how she used watercolors to blend the mend at the front joint with the original marbled paper endsheets.

The University of Louisville has one of the surviving Little Gidding versions of the Book of Common Prayer. Like many of the volumes produced at Little Gidding, it features many ornate details, including gold tooling, gauffered edges, and hand-sewn double-core green and white headbands. The book’s cover and the edges of the pages are stamped and painted. Conservation Assistant Amber Hares treated the volume. She consolidated abrasions in the spine leather, cleaned the margins of the leaves, mended page tears, reattached a loose group of leaves to the text block, and bridged vulnerable losses on the back cover board.

Ferrar’s effect on literary history didn’t end with the Little Gidding bindery. The poet George Herbert sent Ferrar the manuscript of The Temple on his deathbed, charging Ferrar with deciding whether it was fit for publication. Luckily for prosperity, Ferrar immediately published the poems, which are still widely read today. In the twentieth century, after several dormant centuries, Little Gidding again became a site of religious activity. T.S. Eliot visited in 1936 and wrote the poem “Little Gidding” about the site. Eliot also provided the means for the founding of the Friends of Little Gidding, a group dedicated to honoring the life and works of Ferrar. The group hosts various events, including an annual pilgrimage, to this day. 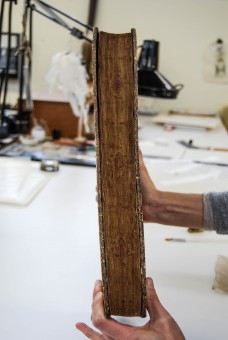 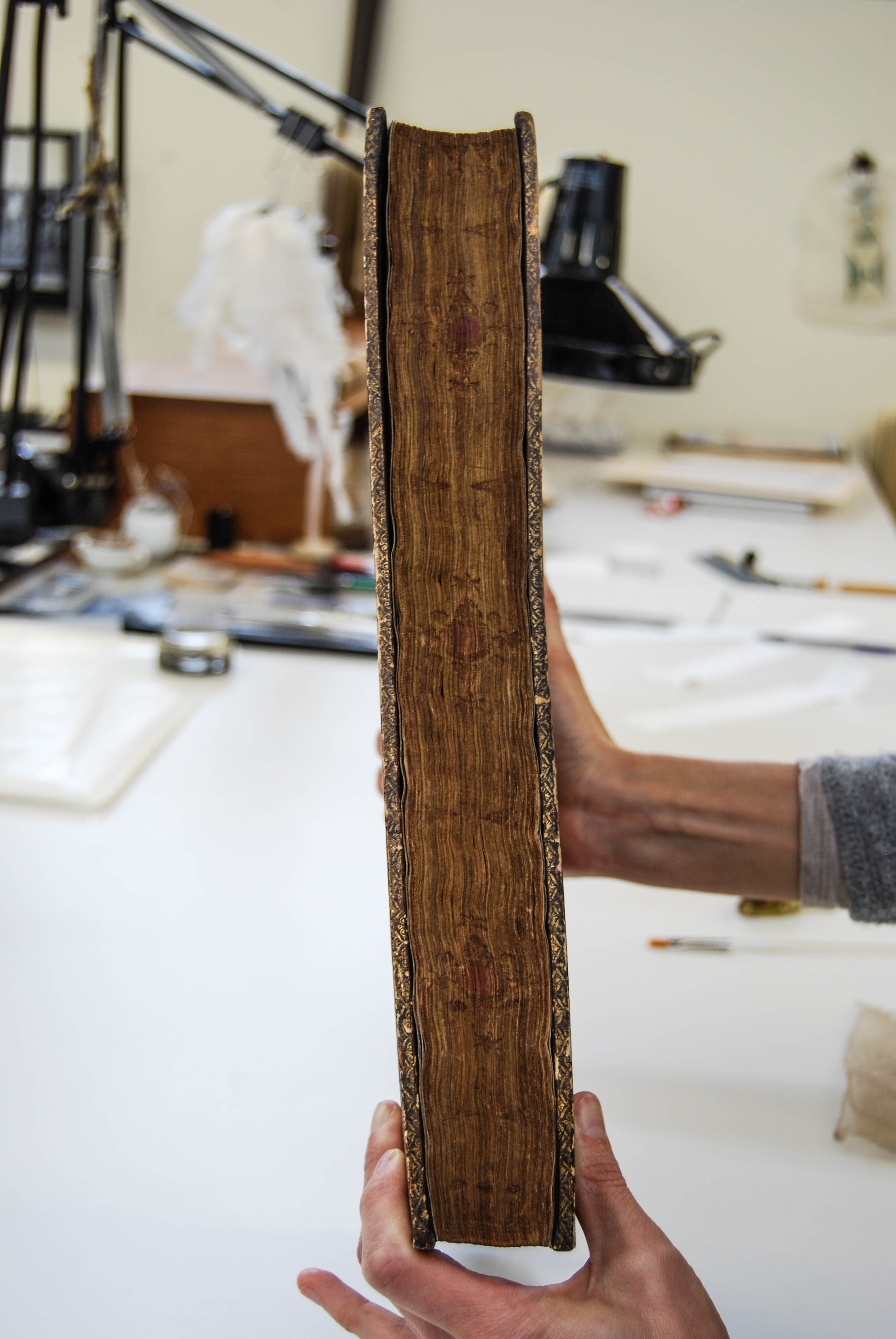 Displaying the gauffered (or decorated) edge of the text block.