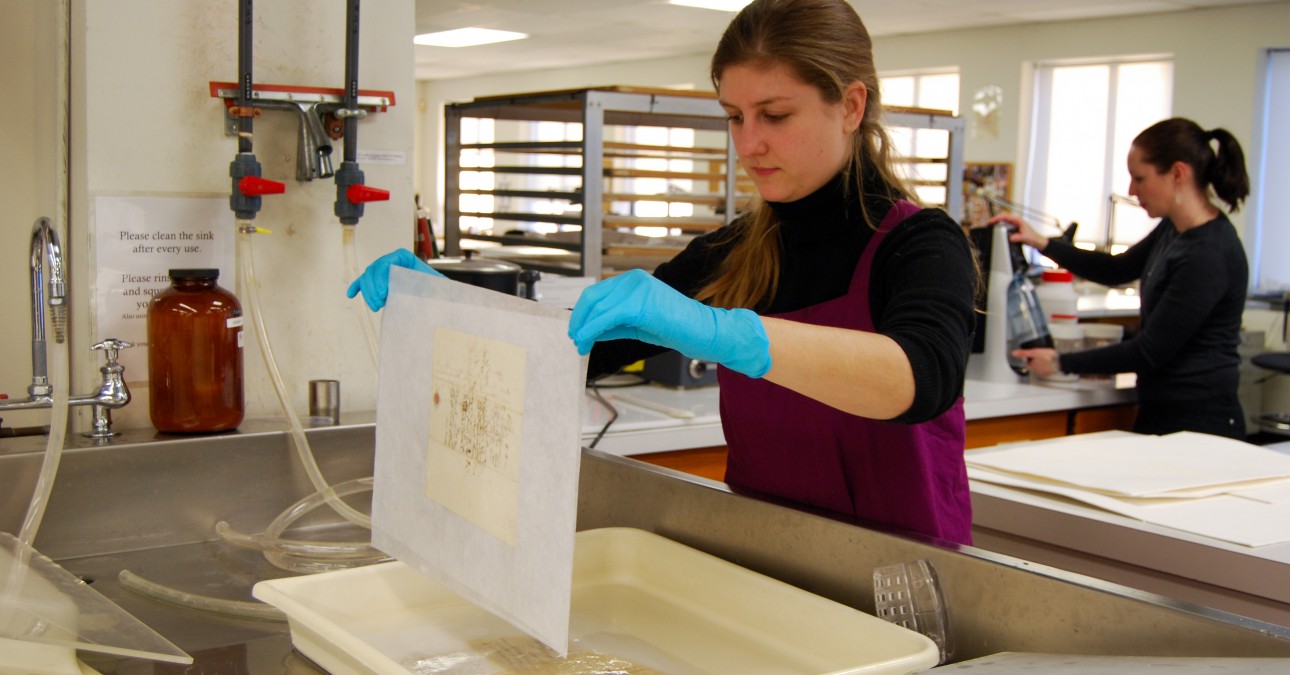 At CCAHA, we often find that the stories behind the objects we treat are as interesting as the objects themselves. Such was the case with a recent treatment from the Suffolk County Historical Society of Long Island, New York. The Historical Society had a scrapbook of documents that was referred to as the “pickle book” due to its distinctive odor. 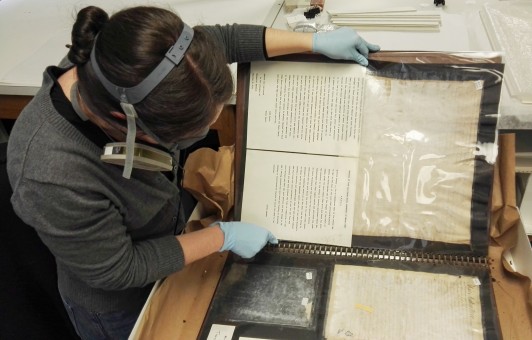 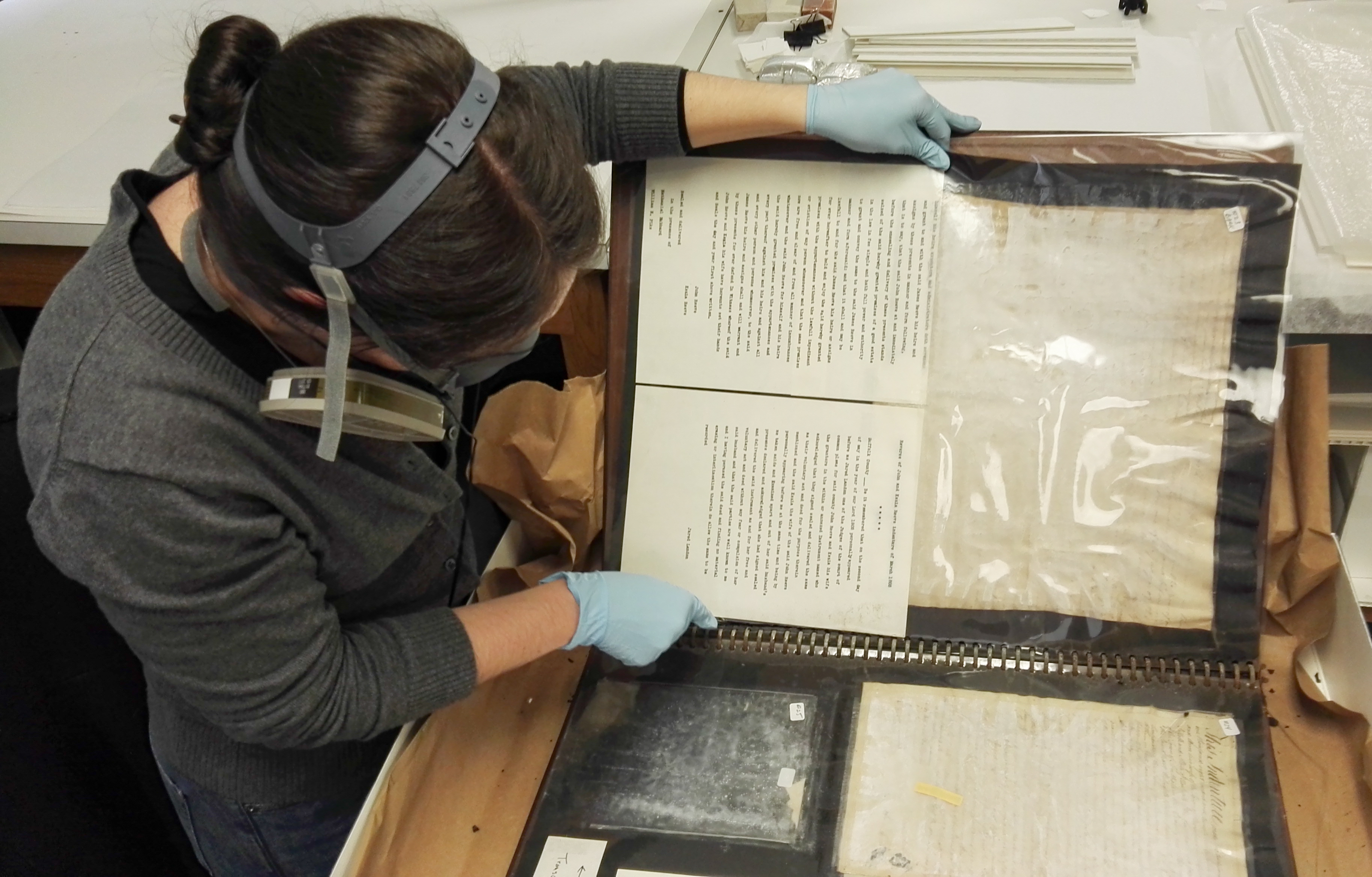 The volume contained a collection of documents dating from the mid-17th-mid-19th century; the wills, administrative orders, deeds, and bills of sale of some of the early residents of the colonial settlements on the Island’s North Fork. Within the spiral-bound scrapbook, the documents were encapsulated in cellulose acetate enclosures alongside their 1960s-era transcripts, and attached to a black paper backing within plastic sleeves.

When the scrapbook was brought to CCAHA, the plastic sleeves and enclosures were brittle and shrinking, exhibiting cockling and warping. Offgassing acetic acid had produced a strong vinegar odor and clear crystals had accumulated on the majority of the pages—deterioration resulting from the cellulose acetate sleeves. It was this vinegar odor that had helped the "pickle book" earn its nickname. Many of the documents themselves were stained, and had numerous tapes along the creases and tears. 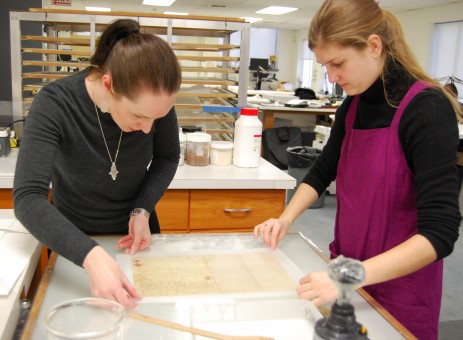 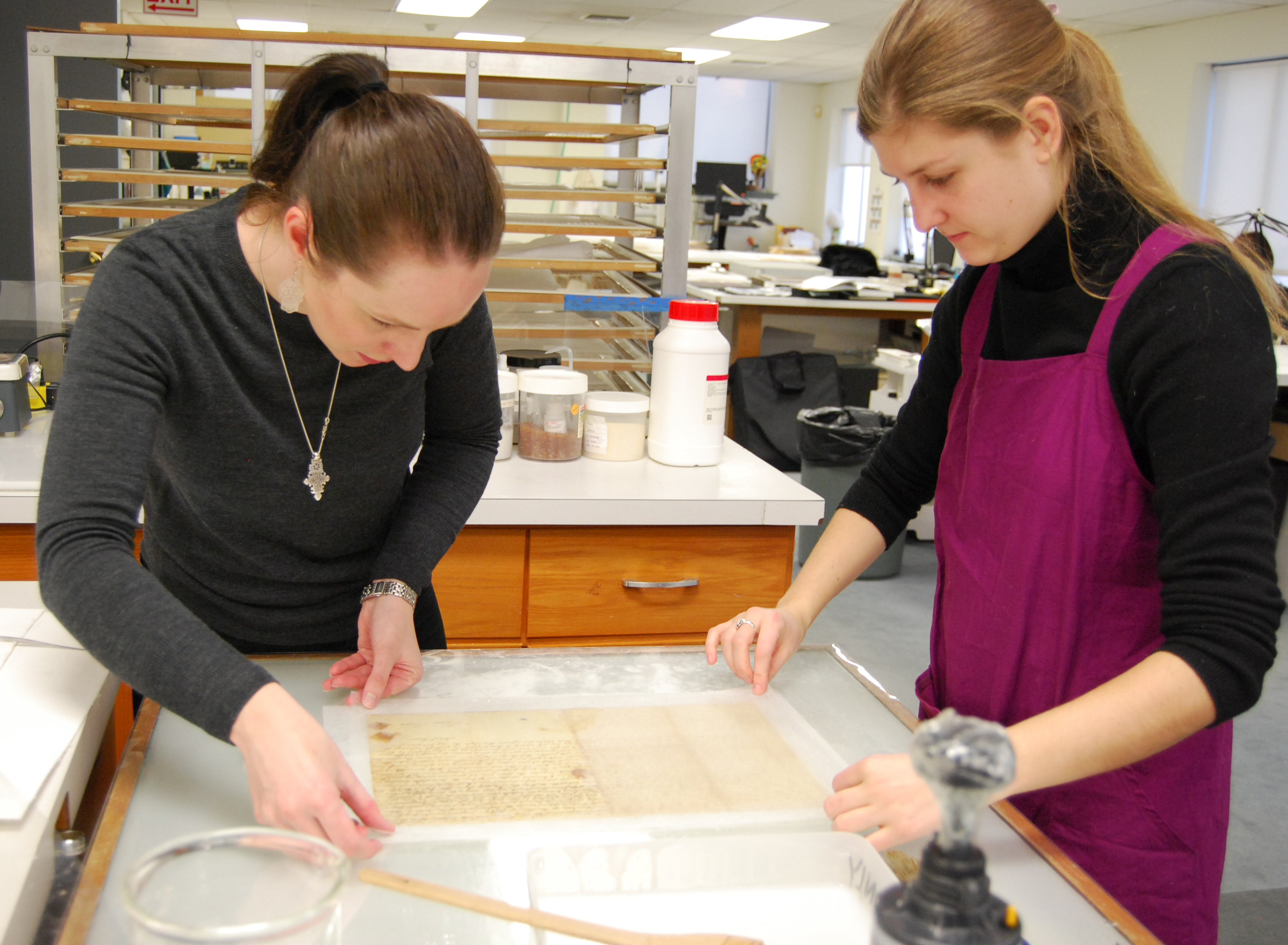 The Fellows adjust a document.

CCAHA Mellon Fellow Emily Williams and National Endowment for the Arts Fellow Sigourney Smuts treated the “pickle book” under the supervision of Senior Paper Conservator & Preservation Consultant Jessica Silverman. They removed the documents from the sleeves and surface cleaned them. Next, they tested the solubility of the inks and seals on the documents, categorizing and washing them based on their solubility. The documents were treated to slow down the degradation of the iron gall ink media. The most fragile documents were re-sized and lined on both sides with mulberry paper and wheat starch paste. Others received localized mends. Williams and Smuts also treated the transcripts, removing pressure sensitive tape and surface cleaning the papers. 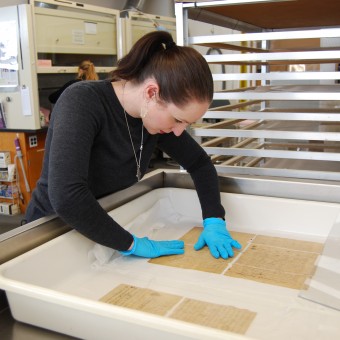 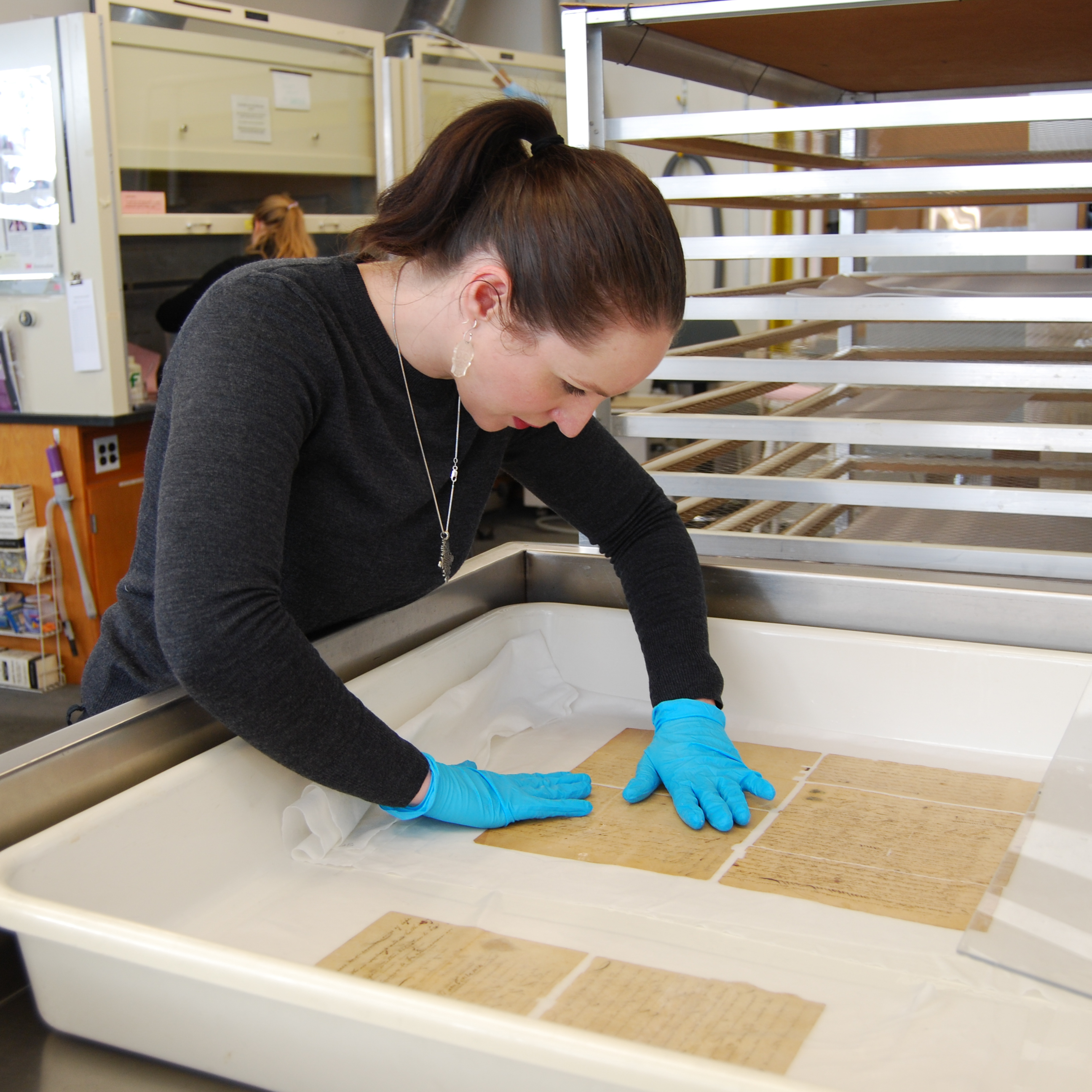 The original documents were housed in acid-free folders and boxes. To minimize handling of the originals, preservation copies of the transcripts were produced on a lignin-free, alkaline-buffered, 25% cotton/75% pure cellulose paper. In addition, two bound copies of the "pickle book" were produced, showing the transcripts alongside the documents, mirroring the order of the scrapbook.